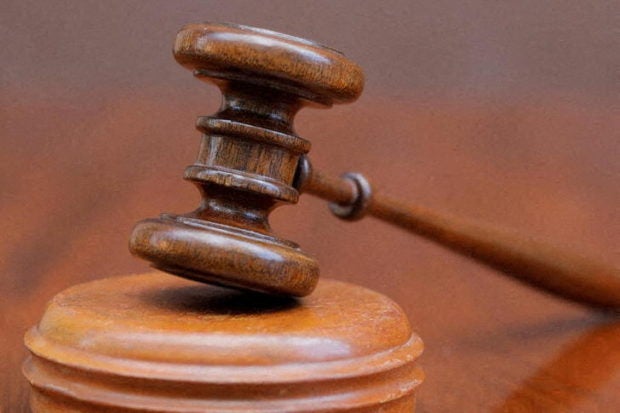 PARIS — A French court Saturday sentenced two Egyptian men to 22 years in jail for the murder of a transgender prostitute in a trial that has highlighted rising violence against sex workers in France.
Vanesa Campos, a 36-year-old from Peru, was fatally shot in the chest in August 2018 in the Bois de Boulogne, a vast wooded park west of Paris that has long been a prostitution zone once night falls.
Police quickly focused on a group of around a dozen men of Egyptian origin, who had staged what prosecutors called a “punitive expedition” against Campos and others who had denounced repeated robberies and assaults against sex workers and their clients by armed gangs.
The Paris court found Mahmoud Kadri, 24, and Karim Ibrahim, 29, guilty of “gang murder”, charges they have repeatedly denied, instead both blaming each other.
Earlier on Saturday, at the end of a trial that began January 11, both expressed sorrow for what had happened.
“I apologize for everything that happened. I’m so sorry,” the Arabic-speaking Kadri said through an interpreter before bursting into tears.
Before deliberations began, Ibrahim told the court in French that he was “so sorry for all that”.
The prosecution had recommended on Thursday that Kadri be sentenced to 20 years in jail. He has denied claims from his fellow accused that he shot and killed Campos on the night of August 16-17, 2018.
The prosecution recommended 15 years in prison for Ibrahim, accusing him of complicity to murder.

Just a month before her death, Campos was among a group who hired a guard to protect them while working among dense trees with no public lighting.
The assailants were armed with tear gas, tree branches, a knife, a stun gun, and a pistol that had been stolen a week earlier from a police car while the officer was with a sex worker.
Six other men, aged 23 to 34, were also sentenced.
One of them was handed six years in jail for violence that led to an unintended death.
Four more received varying sentences of up to six years in prison for taking part in the assault.
The sixth was to be jailed for five years for stealing the pistol.
Campos’s mother and sister, who live in Peru, are civil plaintiffs in the case along with six of her former colleagues, the bodyguard, the Acceptess-T transgender advocacy association and the Mouvement du Nid prostitute support group.
Acceptess-T in particular argues that increased violence against sex workers stems from a 2016 law making it illegal to buy sex in France but not to sell it, shifting the criminal responsibility to clients who can be fined if caught.
While some groups say the law helps protect women from trafficking and exploitation by discouraging prostitution, many sex workers say it has made their jobs more dangerous and deprived them of income.
RELATED STORIES
Sex work as work and art featured in French festival
ADVERTISEMENT

In US capital area, Black transgender sex workers on edge