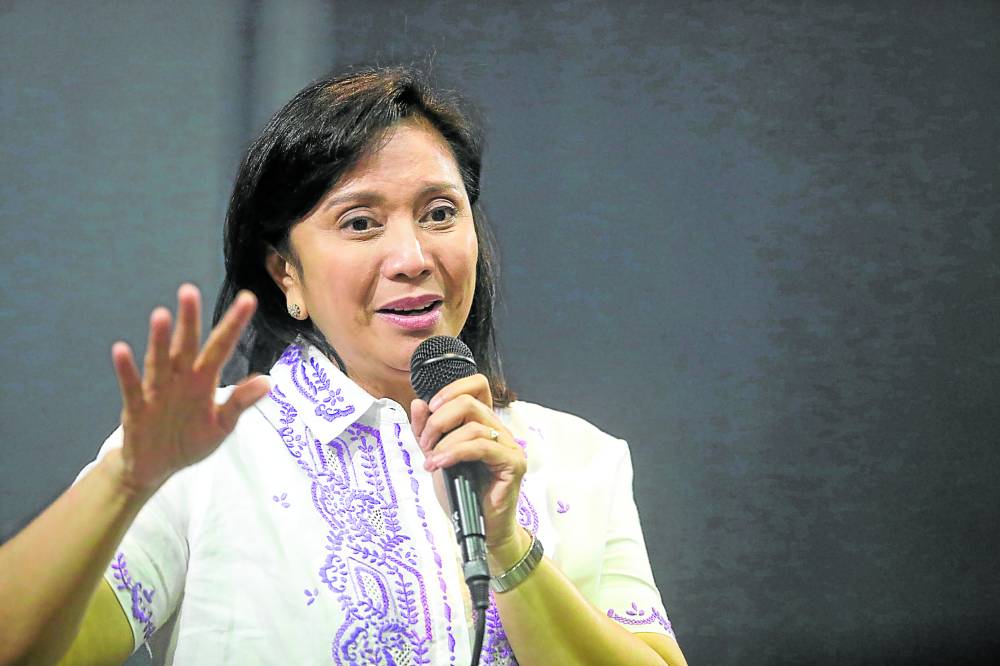 MANILA, Philippines — Vice President Leni Robredo has humbly admitted that she could have done better in the GMA presidential interview hosted by journalist Jessica Soho as she felt some of her answers should have been delivered differently.

Robredo, who was in Zamboanga peninsula on Monday for official business, said in an ambush interview with reporters that she has a tendency to be too hard on herself — and in the process criticize herself for missing the chance to give better answers during interviews.

This has been the case, she said, even before she announced her presidential bid in the 2022 national elections.

(You know I have been hard on myself, to be very honest about it. That has been the case when I was a candidate or whether I am not, after the interview, you always think that you could have done better. It’s like a student taking an exam, sometimes you make mistakes, sometimes you think you could have said things differently and much better.)

(So for me, I always feel like this, I felt like that before the airing of the program when I realized that ‘I should have said this like this’.)

But Robredo said that a source of comfort has been the people’s reception of her interview, as several netizens lauded her performance.

(But I am happy with how much I appreciated my performance. But having said that, we should never be content, right?)

(And I think it’s a good thing also because they say that it’s bad for a leader to be very content with what you are doing.  A leader should remain uncontented so you would work harder and better.)

Robredo also maintained that she feels she was treated fairly despite the presence of difficult questions — adding that she feels thankful as she was given the chance to address concerns and criticisms hurled at her.

(There were a lot of difficult questions. But you need those difficult questions because you have to confront the accusations against you.  I myself was shocked because I didn’t expect that these questions would be asked.  But at the same time, I am grateful that I was given the chance to answer those.)

After the intrviews, Robredo was called her out by critics for her answer in the interview’s portion where the aspirants were asked to describe in one word photos shown to them. Robredo used more than one word to describe the photos.

Meanwhile, Robredo’s supporters praised her for attending the interview and for her answers — with a shot at former senator Bongbong Marcos who was noticeably absent.

Robredo and Marcos appear headed for another showdown, which is reminiscent of their vice presidential battle in 2016.

Both are frontrunners in the 2022 presidential polls, according to latest surveys: last December, Pulse Asia said that if elections were held from December 1 to 6, Marcos would lead, garnering 53 percent of the votes while Robredo would be a far second with 20 percent of the respondents picking her.