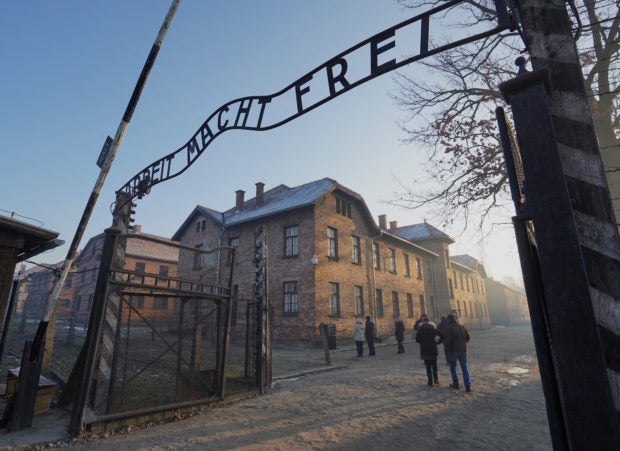 WARSAW — Polish police said on Sunday they had detained a Dutch tourist for giving the Nazi salute at the site of the former death camp Auschwitz-Birkenau.

“Officers from (the southern city of) Oswiecim detained a 29-year-old woman from the Netherlands today,” regional police tweeted.

“The tourist had been performing the Hitler salute in front of the “Arbeit Macht Frei” (Work Sets You Free) gate,” they added.

“The detainee was charged with engaging in Nazi propaganda. She confessed.”

Prosecutors issued her with a fine as punishment, which she accepted, according to the Polish news agency PAP.

It added that she was caught in the act by guards while posing for a photo taken by her husband.

“She explained it away as a bad joke,” regional police press officer Bartosz Izdebski told PAP.

The Holocaust site has become a symbol of Nazi Germany’s genocide of six million European Jews, one million of whom died at the camp between 1940 and 1945 along with more than 100,000 non-Jews.

11-year-old girl disciplined, bullied for calling out students who did Nazi salute