11-year-old girl disciplined, bullied for calling out students who did Nazi salute 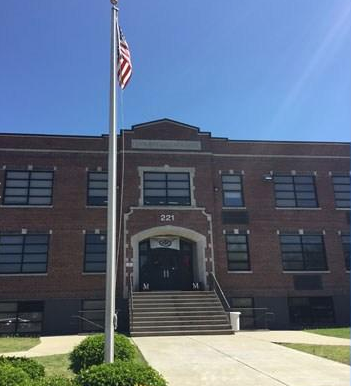 A father from Tennessee, United States has spoken out after his 11-year-old daughter was disciplined for calling out students giving the Nazi salute.

Keith Jacks Gamble, the chair of the Department of Economics and Finance at the Middle Tennessee State University, took to social media recently to share the story of his young daughter.

According to Gamble, his daughter was removed from class after calling out students who did the Nazi salute during their final rehearsal for a Living History project last May 9.

“She was removed from class and sent to the principal’s office for the rest of the day last Thursday for shouting, ’Stop it, put your hands down now,’ to a group of students giving the Nazi salute,” Gamble said via Twitter on May 14.

Please comment with support for my 11-year-old daughter. She was removed from class and sent to the principal’s office for the rest of the day last Thursday for shouting, “Stop it, put your hands down now,” to a group of students giving the Nazi salute. pic.twitter.com/9d9LpI5V5r

Children in his daughter’s school had been doing the salute after a student was assigned to dress up as Adolf Hitler and do the salute as part of the school’s Living History project last April. As rehearsals for the project continued on from mid to late April, students took on the habit to do Nazi salutes in hallways, which upset Gamble’s daughter.

“Each time, my daughter spoke out even though she was told by a teacher ‘not to address it,’” said Gamble. “She has been bullied by classmates and targeted personally with Nazi salutes, so school feels lonely sometimes.”

The timeline of the incident was explained in an e-mail sent by Gamble’s wife to a school official, as stated by Gamble via his Twitter account. In the evening of May 9, the students performed the Living History project to parents and the student “Hitler” still apparently performed the Nazi salute.

The following day, May 10, the unidentified school official replied to Gamble’s wife, saying their daughter was disciplined for her disrespectful behavior to teachers. She was then sent to the principal’s office to take a break and share her concerns about students doing the Nazi salute.

“This gave her an opportunity to continue to calm down and share her concerns with him while we finished preparing for showcase and dismissal,” the official said.

Meanwhile, spokesperson for Rutherford County Schools James Evans has said the incident has since been investigated by the principal, as per Buzzfeed News on May 14. The principal also met with the fifth-graders of McFadden School of Excellence to “put a stop to any further instances.”

“In addition, the school will no longer feature a student portraying Hitler or the salute as part of the Living History project,” Evans said in the report. “The school will find alternative means of covering the fifth-grade history standard.” Cody Cepeda/JB