Tongans deafened by volcanic blast as they fled for safety 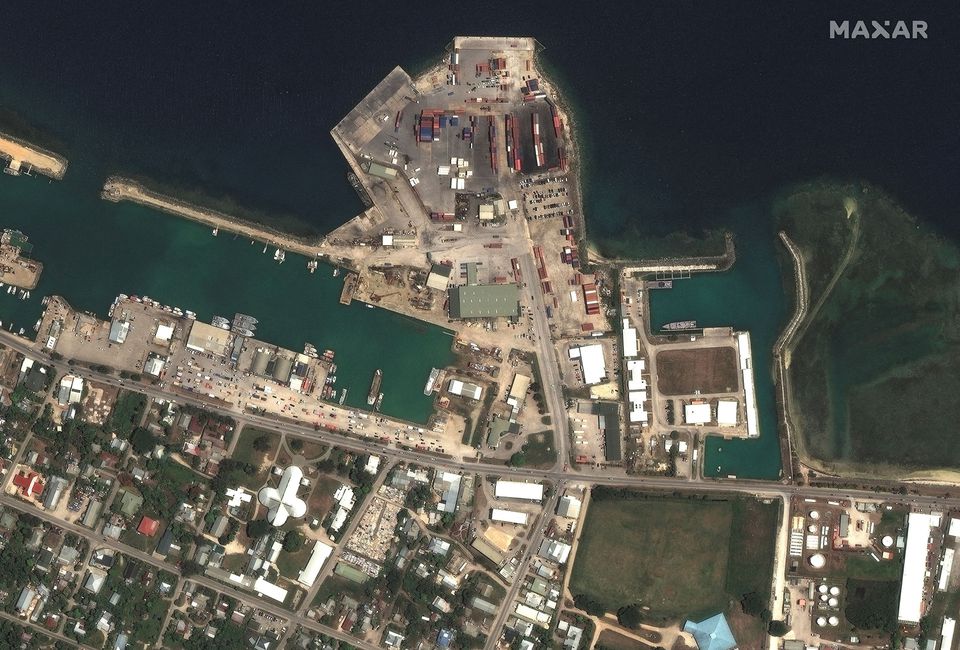 When Tonga’s Hunga Tonga-Hunga Ha’apai volcano violently erupted, sending shockwaves and tsunami across the Pacific, the blast in the small island nation was so deafening that fleeing families could only wave at their loved ones to run.

“The first explosion .. .our ears were ringing and we couldn’t even hear each other, so all we do is pointing to our families to get up, get ready to run,” local journalist Marian Kupu told Reuters in one of the first eyewitness accounts to emerge from the South Pacific nation.

“We evacuated and then we, all our families, were just running away from the Kolovai area, because the Kolovai is right beside the seashore,” said Kupu, explaining the chaotic scenes just outside the capital Nuku’alofa on Saturday evening.

The explosion, which has killed at least three people, sent tsunami waves some 15 meter(50 feet) high crashing ashore on one small island and badly damaged villages, resorts and many buildings on others. It also cut domestic and overseas communications, severing an undersea internet cable.

NASA’s Goddard Space Flight Center has said the force of the eruption was estimated to be the equivalent of five to 10 megatons of TNT, or more than 500 times that of the nuclear bomb the United States dropped on the Japanese city of Hiroshima at the end of World War Two.

Five days later communications have only been partially restored and eyewitness accounts have begun to be reported.

Standing on the side of the road in the capital, Kupu is wearing a mask and white scarf to protect herself from the volcanic dust that shrouds Tonga and has contaminated drinking water supplies.

“The dust is on rooftops, trees, everywhere,” she said.

“What we are concerned about now is clean drinking water. Most of our drinking water has been contaminated from the volcanic dust.”

When asked about food supplies for Tonga’s estimated 105,000 people, Kupu said: “Maybe we can survive for the next few weeks but I’m not sure about water”.

Power to the capital and elsewhere was still fragile.

“Electricity is back, but it’s on and off. This is due to a lot of ash on transformers and street lights have been damaged. Some outages last for hours, some lasts for days,” said Kupu.

Around the capital and on the outer islands people on Thursday sifted through rubble and dust as they began the long task of rebuilding and waited for foreign aid to arrive.

Kupu said a few villages on the western side of Tonga were very badly hit.

“I won’t say we are expecting more deaths but as we are speaking the government is trying to fly to the other islands to check over them,” she said.