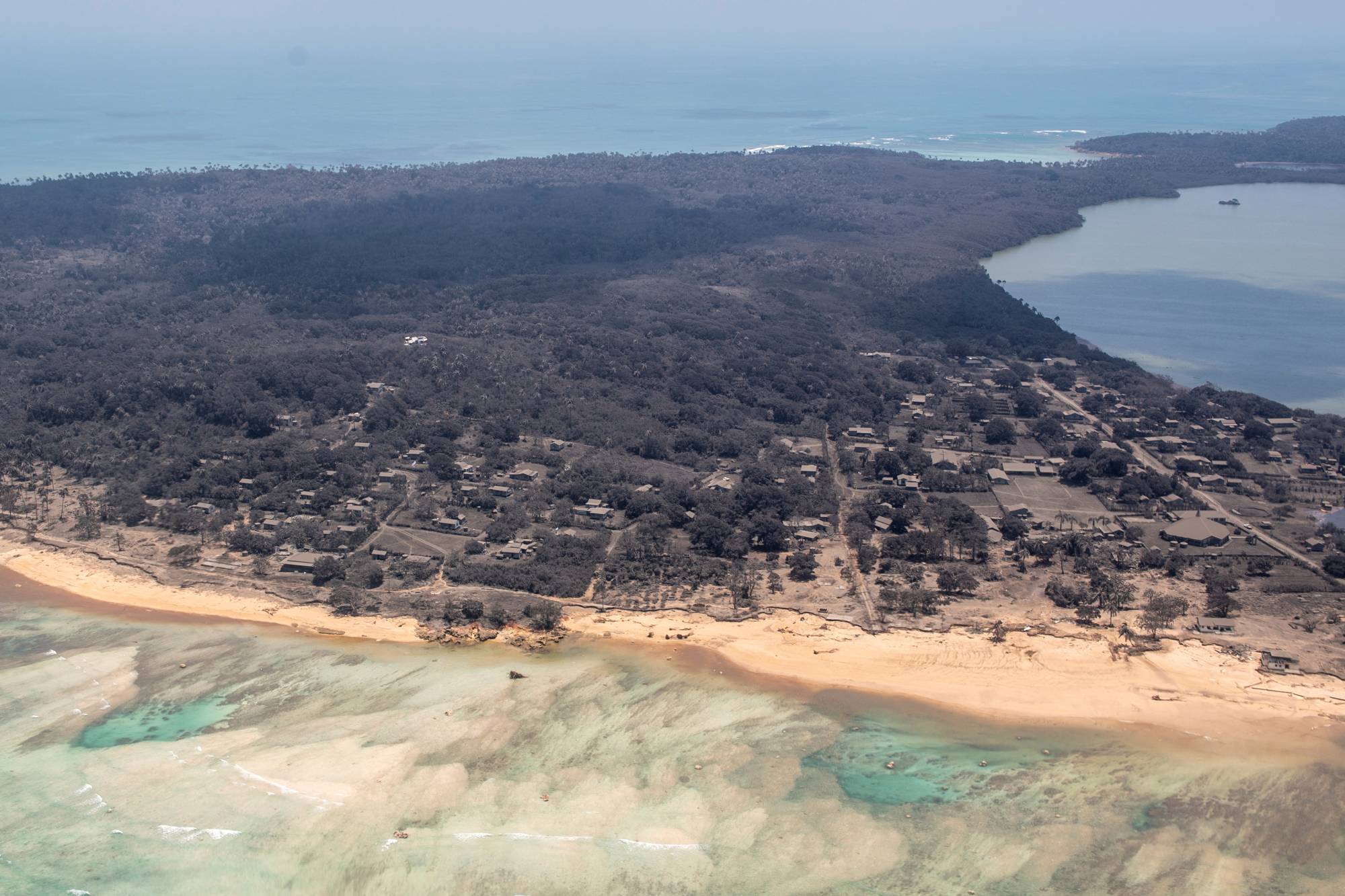 In an “unprecedented disaster”, one village was completely wiped out while only a few houses remained standing in several other settlements scattered across the archipelago, the government said in its first public statement on Saturday’s disaster.

At least three people were killed and survivors were left huddled under makeshift shelters, it said.

Rescue teams have been sent to the worst-hit areas to evacuate residents, it said.

The government said the eruption triggered a tsunami “rising up to 15 meters” which slammed ashore on the west coast of several islands.

The village on Mango island, where a distress beacon was detected earlier in the week, was completely destroyed while only a few houses remained standing in several other villages scattered through the archipelago.

A 65-year-old woman in Mango was one of three people confirmed dead along with a 49-year-old man and British national Angela Glover.

Tongan navy vessels carrying health workers and laden with urgent supplies of water, food and tents were being deployed.

“The evacuation process has begun,” the government statement said.

Aid efforts have been hampered by a fault in the undersea cable connecting Tonga to the rest of the world, with communication to the outer islands limited to satellite phones and radio.

There were also issues with aid arriving from overseas, with damage to wharves and ash on the main airport runway preventing international arrivals.