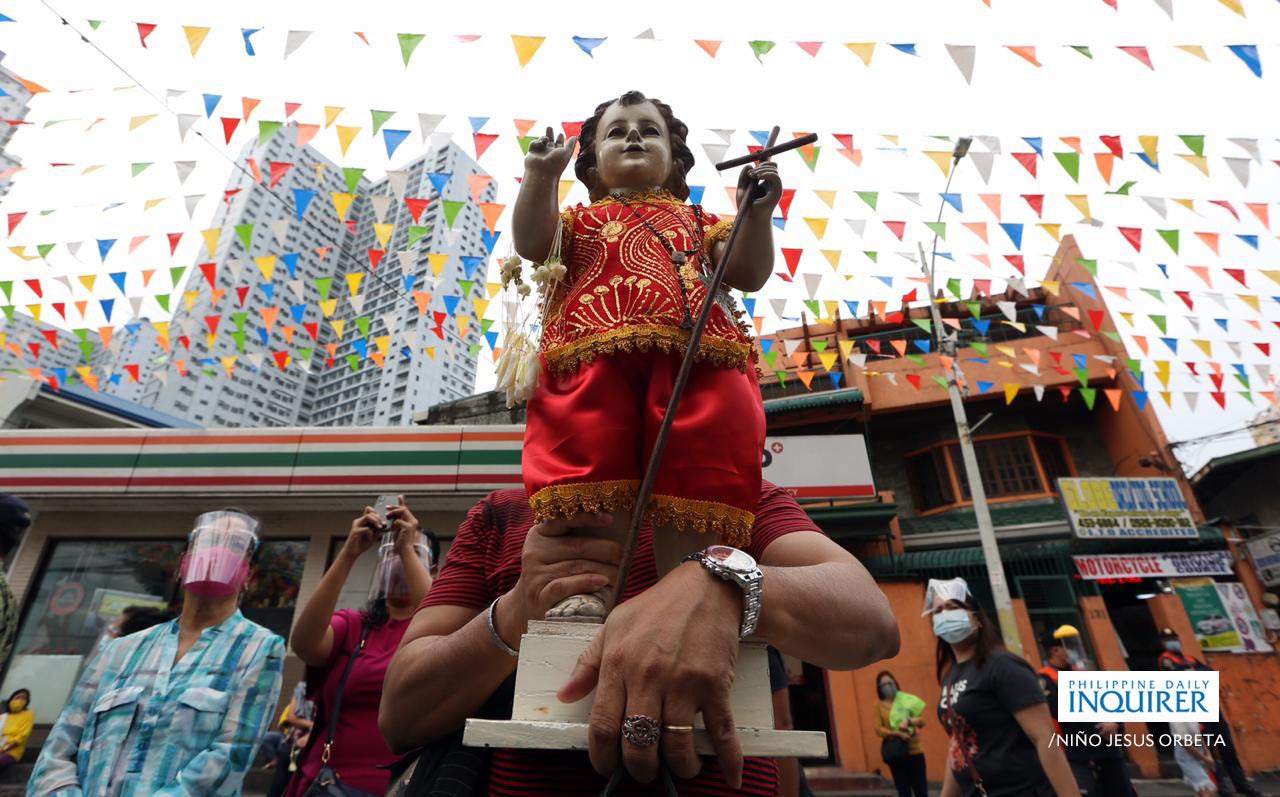 Following the suspension of physical Masses for the Feast of the Black Nazarene, Manila City Mayor Francisco “Isko Moreno” Domagoso on Thursday said physical activities related to the Feast of Sto. Niño on Jan. 16 are also prohibited.

Religious processions, street parties, parades, street games and other forms of mass gathering during the feast of Sto. Niño de Tondo and Sto. Niño de Pandacan, which are both celebrated on the third Sunday every year, are not allowed under Executive Order No. 4.

The order also prohibited the sale of liquor and other alcoholic beverages in all barangays during the traditional holiday. In Tuguegarao City, the Sto. Niño Parish and Shrine also canceled the motorcade that parades the image of the Sto. Nino around the city even though Mayor Jefferson Soriano allowed the activity. —JANE BAUTISTA