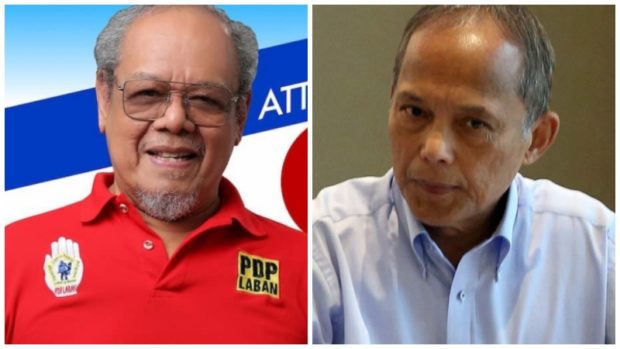 MANILA, Philippines — The petition to reopen the filing of certificates of candidacy (COC) for the 2022 elections is but a ploy to push for a no-election scenario, Partido Demokratiko Pilipino-Lakas ng Bayan (PDP-Laban) Vice Chairman Lutgardo Barbo said on Monday.

The PDP-Laban faction headed by Energy Secretary Alfonso Cusi has recently asked the Commission on Elections (Comelec) to scrap its “self-imposed deadlines” for the upcoming polls as cases are pending before the poll body.

On the other hand, Barbo is a party executive associated with the camp of Senators Manny Pacquiao and Senator Aquilino “Koko” Pimentel III. Formerly a Senate secretary, Barbo is now running for senator in the slate of Pacquiao, a presidential aspirant running under his PDP-Laban faction.

In a statement, Barbo said that Cusi’s petition should be ignored by the Comelec as it is an effort to subvert the public’s will and an effort to derail the electoral process.

“Do not allow such people illegally and idiotically acting as representatives of the PDP-Laban to further destroy the party and the electoral process for their own selfish and evil ends,” he told the commission.

“Their petition may result in delaying and derailing the electoral process and benefit at a chance to have failed elections to prolong their hold on power. Delay in the printing of ballots and processing of CoCs will have that effect,” Barbo went on.

He said the Cusi wing’s petition is an admission that it was “impossible for them to comply with simple deadlines of the Comelec after their much-publicized hubris that they are in control of the party and they are the team to beat.”

“It is also an admission that they do not offer anything to the electorate other than their lust for continuous power,” said Barbo.

The COC filing was held from October 1 to 8 last year. The national and local elections, meanwhile, are set on May 9.

Barbo further said that the Cusi wing’s action smacks of lack of authority of the real party leadership.

“As far as the real PDP-Laban Party is concerned, there has been no authority to file such kind of petition to allow the filing of CoCs. Such petition was filed by mere usurpers and pretenders designed to mislead the public that they are authorized by the Party to do such farcical acts,” said Barbo, noting that the signatories are “mere political freeloaders” who are not even members of the PDP-Laban.

“All their acts are unauthorized because they are led by non-members and they are in utter violation of the Party Constitution,” added Barbo, one of the founders and one of the remaining “old guards” of the ruling party.

Barbo pointed out that “Cusi and his gang of party crashers have already lost the clout and the leverage to claim any authority over the original members of the PDP-Laban” as they are left with no standard bearer and candidates who are not members of the party.

“Even with a lame-duck leadership, they still want to be relevant and they are now begging the Comelec at another chance to offer whoever to become their standard-bearer,” he said.