DOT: Filipina from US with ‘connections’ skipped quarantine, partied in Makati 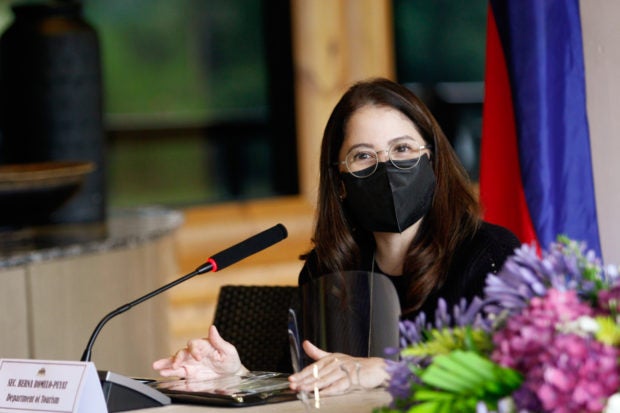 MANILA, Philippines — A Filipina who returned from the United States, and “boasted of having connections,” skipped being quarantined in a hotel and then went to attend a party in Makati City, Tourism Secretary Bernadette Romulo-Puyat confirmed Thursday.

(She did not go into quarantine…This person, when she returned, the next day, went around Poblacion. Not only that, she even boasted to her companions that she has connections.)

(Because her companions asked her why she was able to attend the party when she just returned the other day. She said she has a lot of connections.)

The returning Filipina, according to Puyat, later tested positive for the coronavirus that causes COVID-19. Her companions at the party also contracted the virus.

The DOT chief noted that the Filipina involved had admitted that she did not check in at the hotel.

“Inamin na niya na hindi siya naka-check in [She admitted that she did not check in],” Puyat said.

Puyat did not identify the Filipina as well as the hotel where she was supposed to stay under quarantine. The tourism chief however said the hotel is located in Metro Manila.

(She has spread terror already…Nobody is really above the law because this is a health crisis. Because of her carelessness and as we speak, her companions got infected, infected other people as well.)

The close contacts of the returning Filipina have already been traced and isolated, according to Puyat.

The DOT, she noted, earlier asked the hotel regarding the incident. But the hotel, Puyat said, denied that the returning Filipina skipped quarantine.

However, those who tipped off the incident executed signed affidavits saying otherwise, Puyat added.

(I told those who tipped off what happened that the hotel said she was there the whole time. What her companions did was show their signed affidavits, photos, TikTok videos*… She even had TikTok videos.*)

(There’s a lot of signed affidavits because they themselves were infected with COVID. And the lady herself was boasting of her connections.)

The DOT has given the hotel three days to explain the alleged quarantine breach.

As for the Filipina, Puyat said it would be up to authorities to file charges against her.

“Iba ang magkakaso sa kanya [She can face charges filed by other authorities]. Sa amin (DOT), ang kakasuhan namin yung [For us in the DOT, we can file cases against the] hotel but, of course, may due process. We will wait for the three days, yung [for the] explanation ng hotel,” Puyat added.

The DOT chief said the hotel may face fines, suspension, or even the revocation of its accreditation.