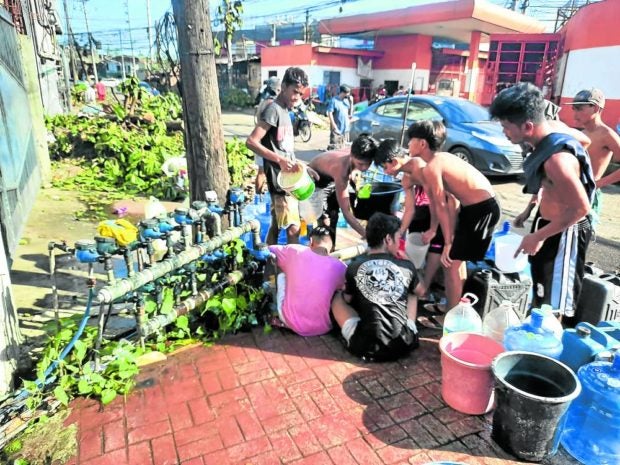 Manila Mayor Isko Moreno, for his part, deployed 16 members of the Manila Disaster Risk Reduction and Management Office (MDRRMO) to Cebu City to assist in the clearing operations and provide potable water to residents affected by the typhoon, according to a statement released by his office on Monday.

MDRRMO Director Arnel Angeles said the 16 members of the MDRRMO were dispatched to Cebu City in three batches. They arrived on Dec. 22, 23, and 24.

Most of the personnel came from different fire volunteer groups in Manila.

12 members of the 16-man MDRRMO team were assigned to the clearing operations while four were in charge of the “water purification robots” that were brought by the team.

Aside from a water filtration machine, heavy equipment to be used for the clearing operations, and a rescue truck, the team brought relief goods to the area, according to Angeles.

Angeles said a water tanker was mobilized to provide much-needed water to Cebu City residents whose water supply has remained a problem more than a week following the typhoon’s onslaught.

The team has so far extended assistance to more than 1,000 Cebuanos, particularly those who are in need of water.

Angeles added that a “Kaagapay Tanker Transporter 3,” which can be used as a storage for diesel and gas, water and generator sets was also brought to Cebu City.

With the persisting water supply problem in the area, Angeles said some MDRRMO personnel will remain in Cebu City to aid those who are in need.

He noted that half of the team may leave Cebu City for Lapu-Lapu City on Monday to also lend a hand in clearing operations there.

Marcos stressed the need for filtration kits since the majority of the affected areas were having problems getting clean water.

He pointed out that a filtration kit can produce water for 100 people a day.

Further, he said his team is set to send a ship to Palawan, which was also severely affected by the typhoon.

As of Dec. 26, the National Disaster Risk Reduction and Management Council reported 378 fatalities due to the typhoon.

Meanwhile, the Department of Social Welfare and Development said over 3.9 million people or more than 1 million families have been displaced by the typhoon.