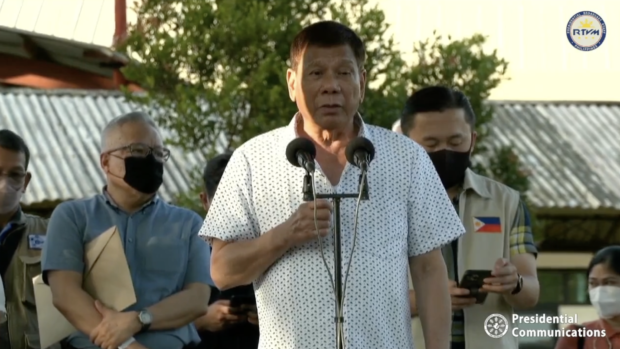 (I would like to apologize first because of the delayed government response. Honestly, we are challenged here because of the so many places scattered around and far from one another, island for island, and money.)

Duterte assured the victims that he had raised P10 billion which came from his office.

(I raised P10 billion. This will be given to the people. It does not include everything, but only for the people. The assistance of other government agencies is different.)

He asked the victims in Palawan to patiently wait for the assistance.

The chief executive likewise said that they will not take Christmas and New Year breaks to address the aftermath of Odette, the strongest typhoon to hit the country this year.

(I will work until Christmas. I will not celebrate New Year, I will really go out.)

Based on the latest report of the National Disaster Risk Reduction and Management Council, 258 individuals across the country were killed by Odette, the strongest tropical cyclone to hit the country this year.