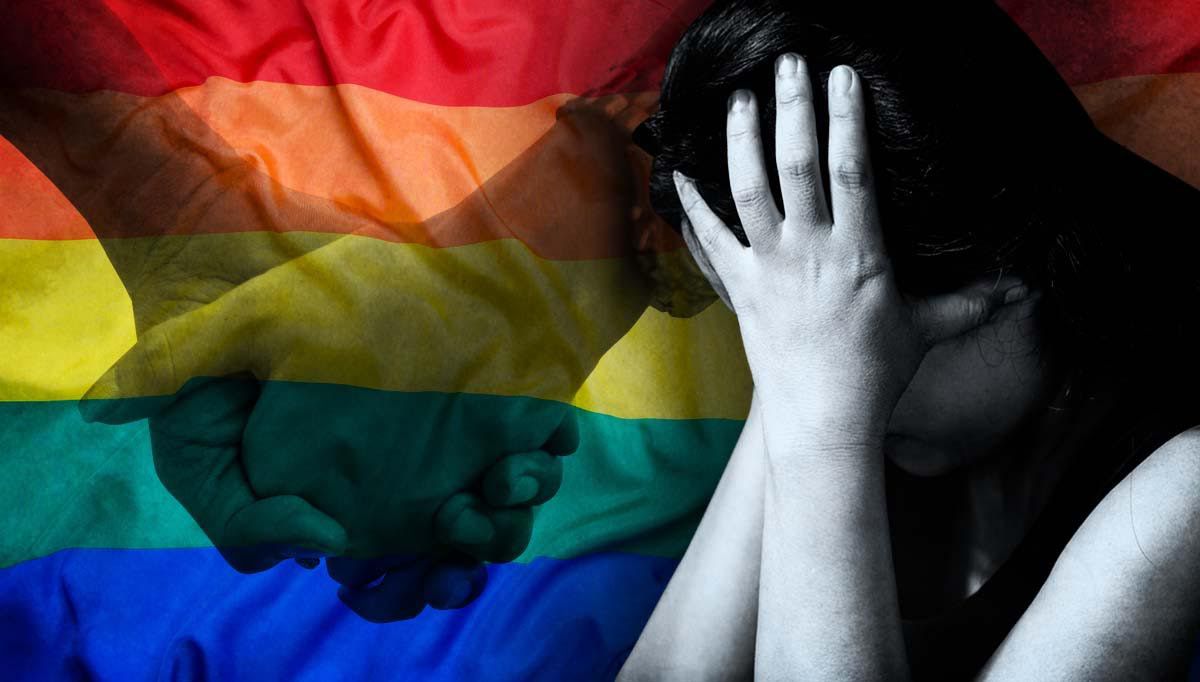 MANILA, Philippines—Two years since COVID-19 hit, the violence committed against women and children in the confined spaces of homes and other places on lockdown is screaming for attention.

While the COVID pandemic brought deaths and grief to thousands of families, the lockdowns that kept people at home have provided cover for abuse of women and children with cases remaining invisible and access to help for victims shrinking.

This was the focus of this year’s 16 Days of Activism Against Gender-Based Violence, a United Nations event celebrated from Nov. 25 to Dec. 10 to seek an end to continuing violence targeting women and children and which has been described as a disease more “pervasive” than COVID.

The UN said gender-based violence, which is a serious rights violation, is damaging acts directed at an individual because of his or her gender. The violence, UN said, was rooted in “gender inequality, misuse of power, and damaging beliefs.”

On Nov. 15, the UN Women revealed that since the beginning of the COVID-19 catastrophe, two in three women in 13 nations said they or a woman they know experienced violence. Only one in 10 victims would seek help. 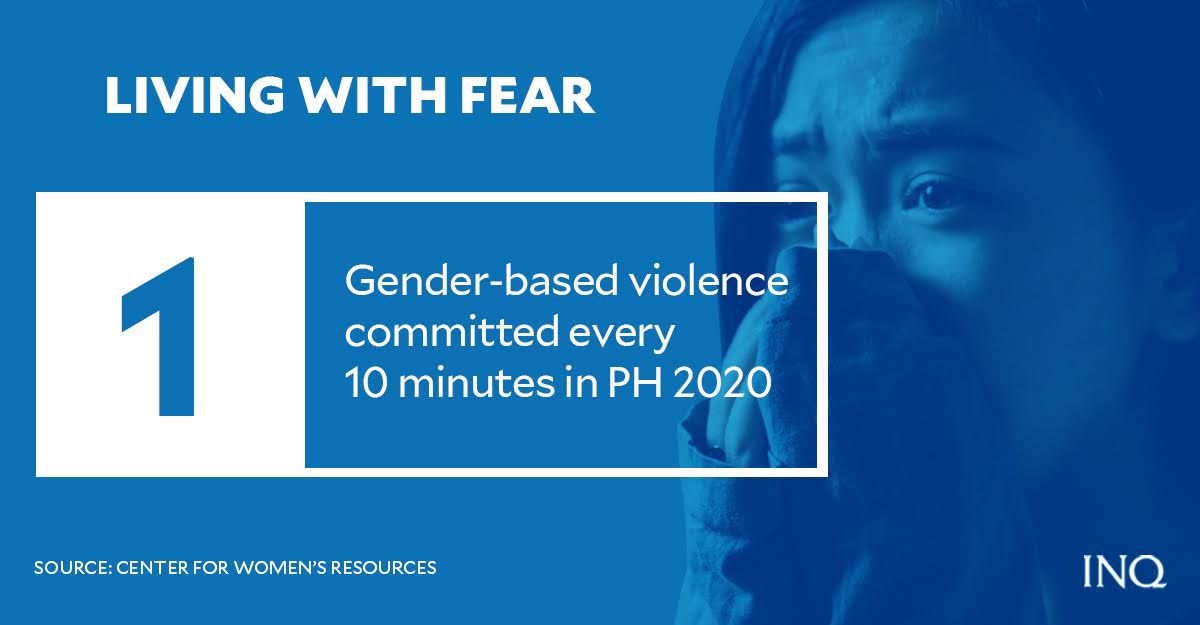 This kind of violence, UN Women executive director Sima Bahous said, is a “global crisis” which threatens women. She said over 70 percent of cases of gender-based violence was “exacerbated” by the COVID catastrophe.

In 2020, as lockdowns kept millions of people inside homes, the Philippine National Police (PNP) documented 4,260 cases of violence against women and children in just three months. At least 2,183 cases were committed against women.

The PNP said from March 23 to May 27 last year, at least 602 individuals were sexually violated. This meant that there was an average of eight rape cases daily during that period. 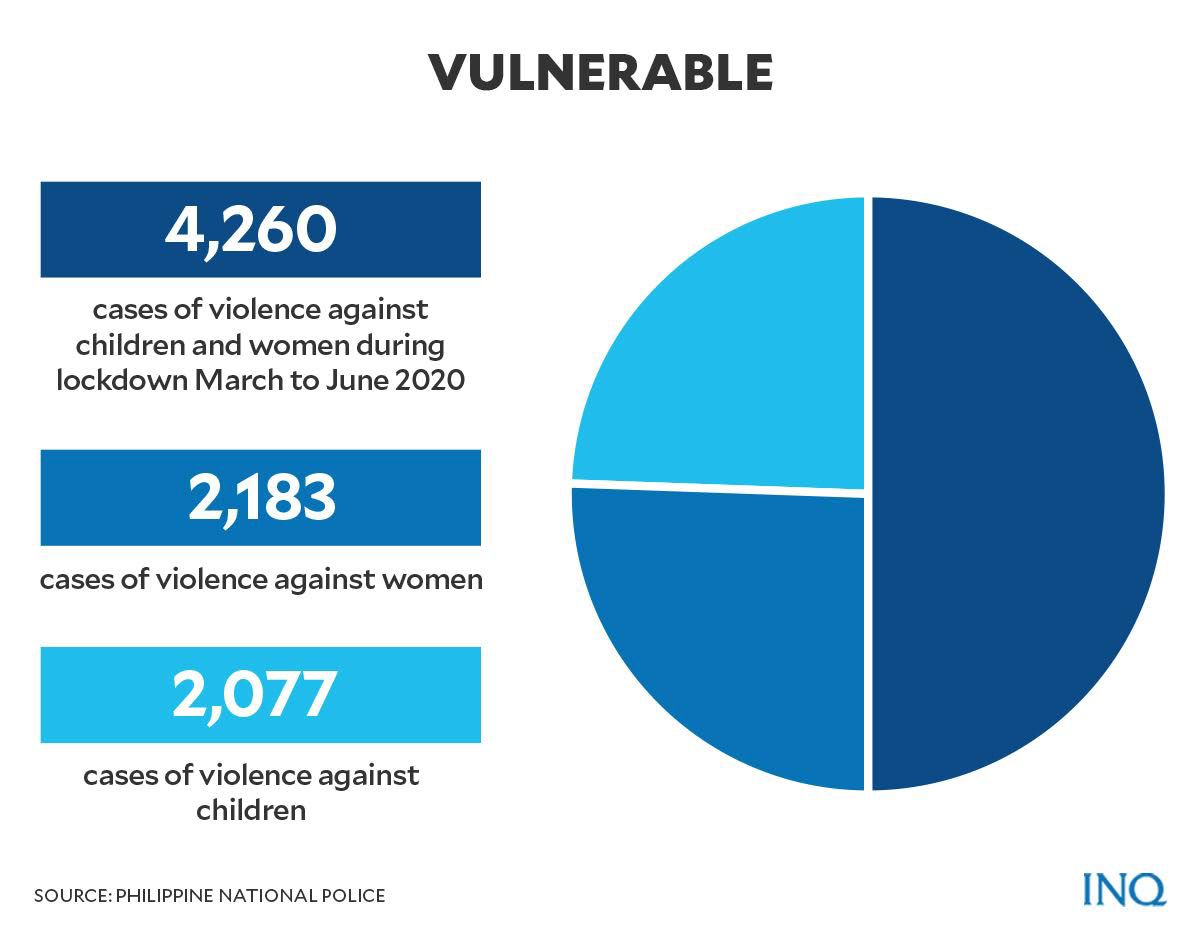 The Commission on Population and Development (Popcom) and the Social Weather Stations (SWS) said 1 in 4 Filipinos (25 percent) believed that this pervasive violence is the most serious problem that women face during the COVID pandemic.

This worsened when victims were locked down with their abusers and access to help shrank. “The COVID-19 crisis, with all its isolation and distancing, has enabled unseen violence,” said Bahous.

Oxfam International said the government’s investment in the fight against gender-based violence was “dramatically inadequate.” Only 0.0002 percent of funds for COVID had been allotted to preventing gender violence.

In Eastern Visayas, Bicol Region, Metro Manila and the Bangsamoro Autonomous Region in Muslim Mindanao, 279 individuals were asked and said they found access to gender-based violence help desks and services restricted as well. 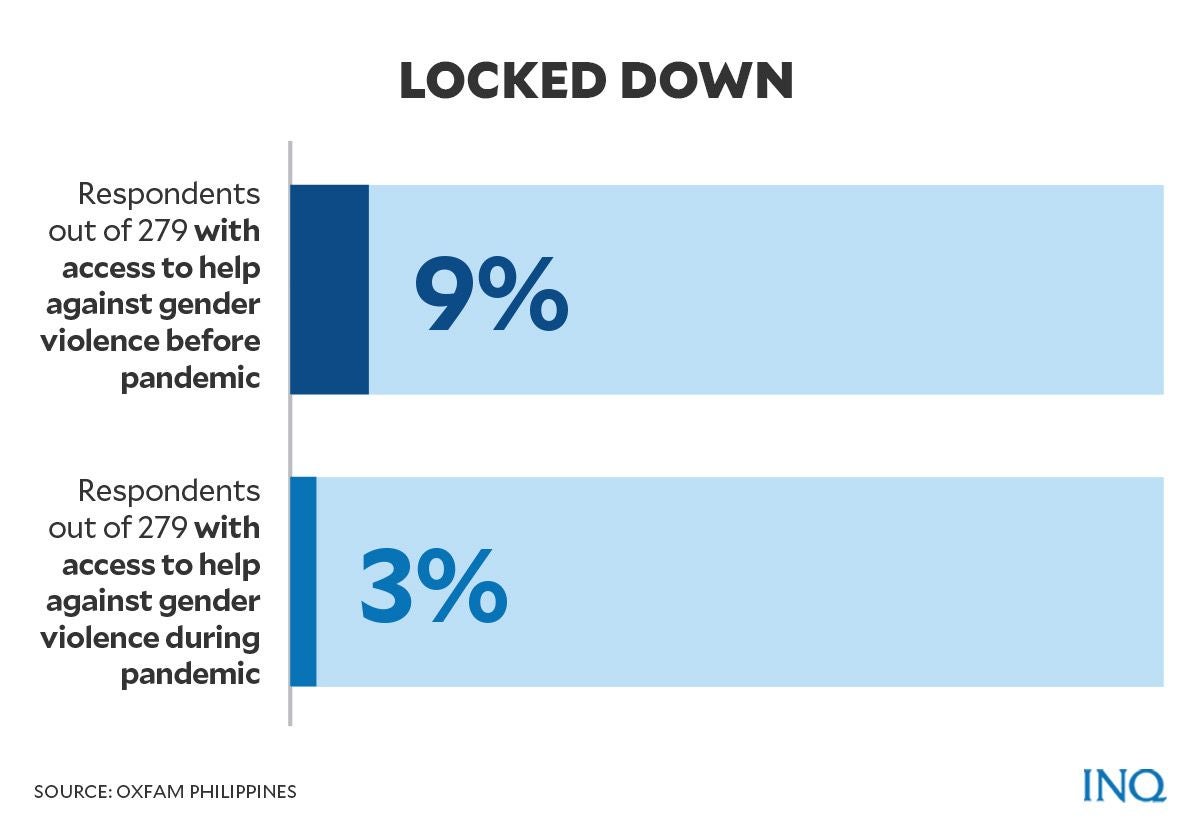 Oxfam Pilipinas’ Jeanette Dulawan said the group was concerned about cases of gender violence which have not been reported because of the lockdowns and “cultural barriers.”

“While we are focusing on protecting the population against the virus, we may be neglecting the most at-risk members of our society, some of which may face higher risks of gender-based exploitation and abuse,” she said.

READ: Violence against women and girls: A pandemic we must end now

The UN Population Fund explained that violence, especially against women, diminishes the health, dignity, security and independence of its victims, “yet it remains shrouded in a culture of silence.”

The 2017 National Demographic and Health Survey of the Philippine Statistics Authority revealed that one in four Filipino women with ages 15-49 has experienced physical, emotional, or sexual violence committed by their husband or partner. 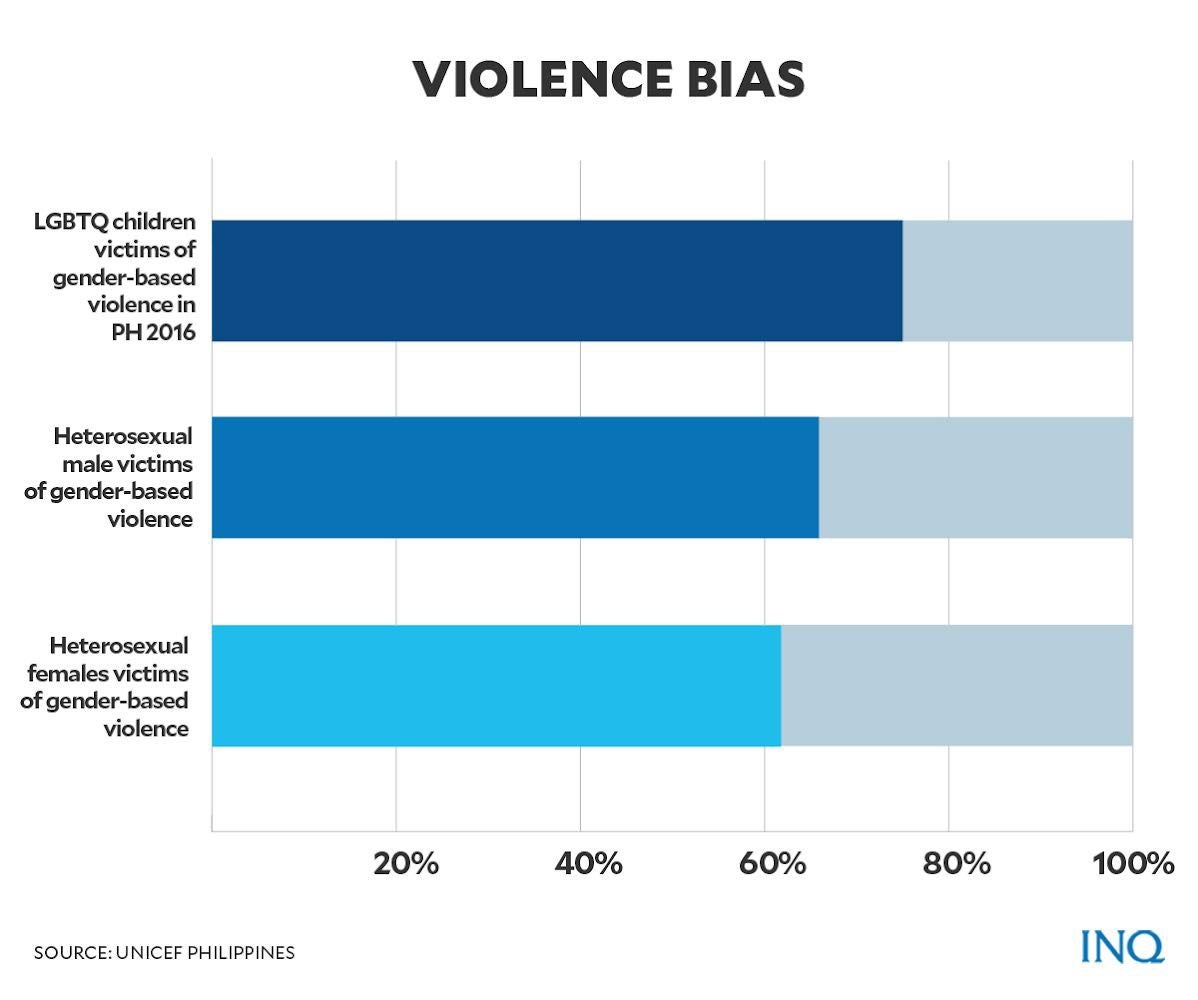 In 2020, the Ulat Lila of the Center for Women’s Resources, which was presented at the University of the Philippines Diliman, said a woman or a child is experiencing violence every 10 minutes, explaining that the threats of gender-based violence are increasing.

The UN Children’s Fund (Unicef) said in 2018 that eight in 10 Filipino LGBTQ+ children have experienced physical and psychological violence. The proportion of child violence was highest (75 percent) among LGBTQ+ individuals compared to heterosexual males (65.9 percent) and heterosexual females (61.8 percent).

In October 2019 to September 2020, there was an increase in online searches related to violence against women in the Philippines, as well as in seven nations in Asia, the UN Women said.

FamiLigtas, which seeks to create awareness about gender-based violence, said only 3.5 percent of victims was able to seek professional help. It said violence is not only the problem of victims, explaining that “all of us can end this violence.”

The UN Women said while gender-based violence is pervasive and has been kept unnoticed for decades, it’s not inevitable. It said ending violence is everyone’s concern and that people should not stay silent.

Here are 10 ways to make a difference “safely and effectively: