Bong Go: Duterte and I have no ties with those nailed in Pharmally mess | Inquirer News
Close
menu
search 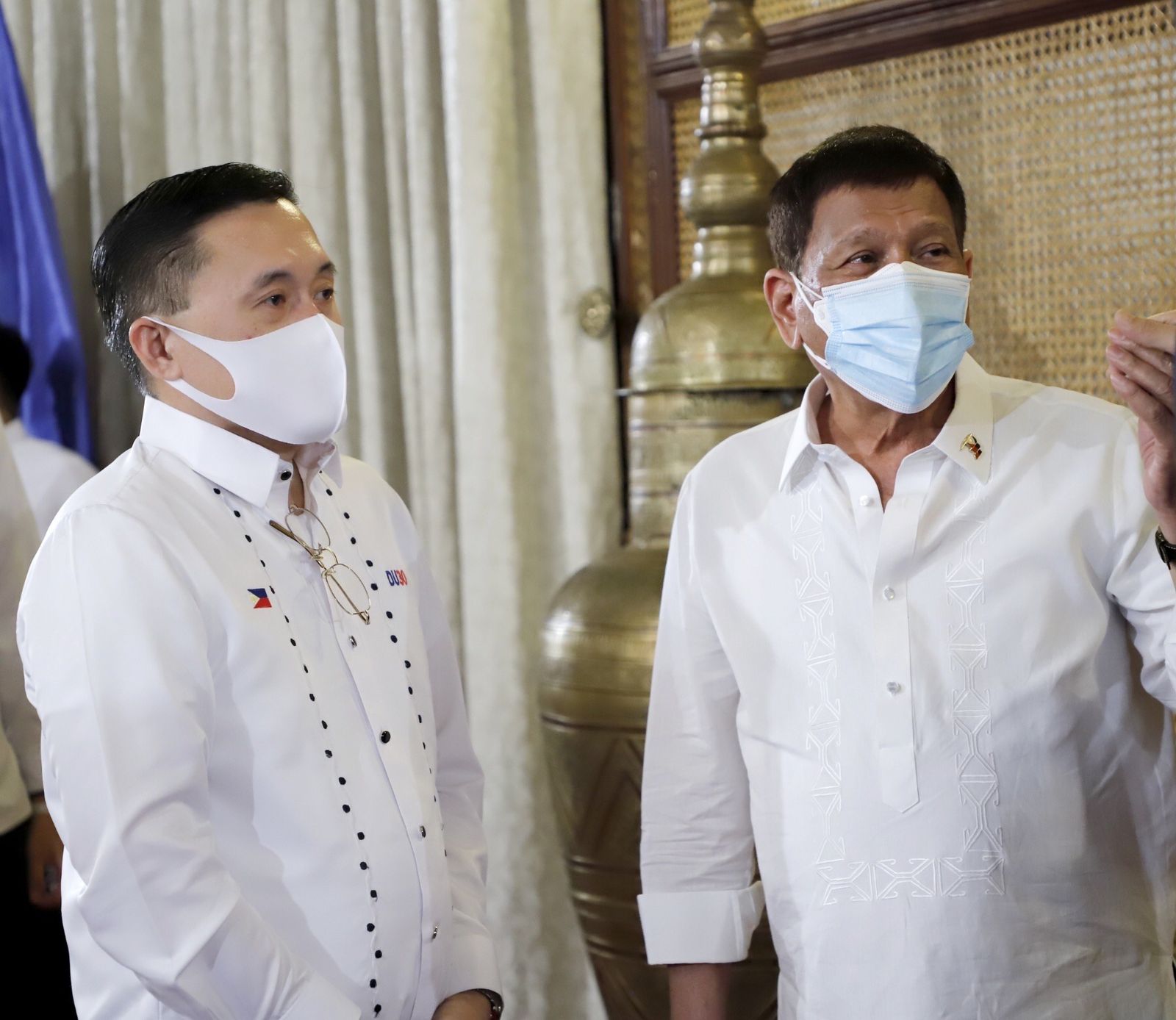 MANILA, Philippines — Senator Bong Go has maintained that none of the persons linked to the anomalous transactions involving Pharmally Pharmaceutical Corp. are directly connected to him or President Rodrigo Duterte, despite recent pronouncements by another senator that footprints lead to Malacañang.

According to Go, the long hearings conducted by the Senate blue ribbon committee, chaired by Senator Richard Gordon, would only show that the issue has no connection to him and Duterte.

His statement on Tuesday came after Gordon said in an interview earlier that the footprints and hallmarks of Malacañang and Go appear to be all over the mess involving Pharmally as personalities like former Procurement Service (PS) head Lloyd Christopher Lao have been brought up during the investigations.

“My good colleague, Sen. Gordon, said he does not want to establish supposed guilt by association but based on his pronouncements and actions. Clearly he does,” Go said in a statement.

“I have said this many times before and I say it again now like a broken record: none of those they link to the Pharmally issue are directly connected to me or the President. These hearings have lasted for several months already and the longer it takes, the clearer it shows that there is really no connection to us,” he added.

Furthermore, Go claimed that while he loves President Duterte and helped him when he was still Special Assistant to the President (SAP), he never interfered with any of his decisions and prerogatives — including who should be appointed to a particular post.

“Secondly, my personal commitment to help PRRD in all his endeavors is based on trust and love for my mentor. Higit pa sa tatay ang pagmamahal ko sa kanya. Pero hindi ibig sabihin na pinapakialaman ko ang mandato niya bilang Pangulo. It is he who makes decisions based on his mandate as President and that includes appointments. I merely support his decisions,” he said.

In an interview with ABS-CBN’s Headstart, Gordon stressed that Lao, Deputy Ombudsman Warren Rex Liong, and lawyer Daryl Valles were either campaign supporters of Duterte and worked with Malacañang.

All three officials had allegedly worked under Go back when he was still SAP.

READ: Gordon says Go, Malacañang’s hallmarks all over Pharmally mess as past officials get involved

Gordon warned that Go could not just deny his links to the officials mentioned.

But Go said that if anyone has evidence against them, they should file cases before the court.

During the earlier part of the investigations done by both the Senate and the House of Representatives regarding the pandemic supply procurement made by the PS-DBM, Lao was asked whether he worked for Go.

Lao denied such claims before the House committee on public accounts last August 26, but committee chair and Probinsyano Ako Rep. Jose Singson showed him a letter Lao signed as an undersecretary of SAP — Go’s position before he was elected to the Senate in 2019.

On the same day, Go said that it’s futile to link him to Lao, as even if he did know Lao, it would not be a factor in fulfilling the administration’s anti-corruption drive.

READ: Go: Don’t link me to Lao, it’s irrelevant as those with corruption links would get punished

Gordon and administration allies, including President Duterte himself, have been at odds recently, as the blue ribbon committee continues its probe on the anomalous transactions involving Pharmally.

Pharmally remains at the center of the Senate’s investigation on the deficiencies in DOH’s COVID-19 funds amounting to P67.32 billion.

After the revelation, over P8.6 billion of the funds transferred by DOH to the procuring entities like PS-DBM went to the company, despite it having a small paid-up capital of P625,000.

There are also accusations that Pharmally’s equipment was overpriced, like in the case of face masks sold at over P27 per piece in April 2020, when other companies offered a P13 per piece.