Go: Don’t link me to Lao, it’s irrelevant as those with corruption links would get punished | Inquirer News
Close
menu
search

Go: Don’t link me to Lao, it’s irrelevant as those with corruption links would get punished 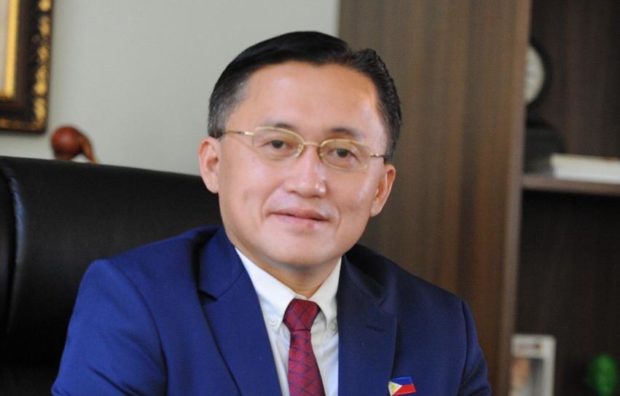 MANILA, Philippines — Senator Bong Go has urged people not to associate former Procurement Service head Christopher Lloyd Lao with him, saying that it is irrelevant since the administration would go after corrupt officials whoever they may be.

Go said in a statement on Thursday that he and President Rodrigo Duterte – who he previously served with as Special Assistant to the President – do not play favorites in their anti-corruption campaign.

It has long been suspected that Go was linked to Lao since it was revealed that the former headed the Procurement Service – Department of Budget and Management (PS-DBM) that procured the overpriced face masks and face shields, as some sectors claimed Lao worked for Go as his undersecretary in the Office of the Special Assistant to the President.

According to Go, whoever supported him or the President before and after the elections would be prosecuted if there was even a whiff of corruption.

Lao was questioned about his previous government positions, including his stint with the Presidential Management Staff (PMS), during the hearing held by the House committee on public accounts regarding the Commission on Audit (COA) reports about the Department of Health (DOH) pandemic funds.

Probinsyano Ako Rep. Jose Singson said that he delved deeper into Lao’s past to understand how he was related to PS-DBM high-level transactions.

The purchase of overpriced face masks and face shields for DOH is alleged to have taken place during Lao’s tenure at PS-DBM, at around P27 per piece and P120 per piece, respectively.

Lao was one of many employees in Malacañang back then when they both worked under the Office of the President, according to Go. In 2016, Go was Special Assistant to the President. He resigned in 2018 to run for the Senate. As a PMS Undersecretary, Lao was appointed only from 2016-2017.

Moreover, Go stated that he was not involved in the day-to-day operations and management of the departments within the Office of the President, as his role was more of an oversight function.

“As Special Assistant to the President then, I was not involved in the day-to-day operations and management of the office in OP. Limitado ang aking oversight function sa pagsisigurong naipapatupad ang mga sistema at proseso. May sari-sarili silang head kung saan sila nagre-report,” Go said.

Go has denied having Lao as an aide before. The senator said in a statement on August 19 that Lao was never his aide.