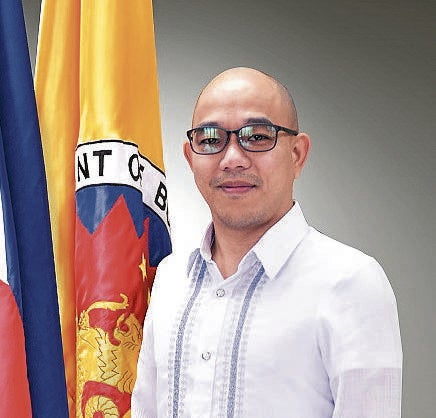 MANILA, Philippines — Controversies hounding the procurement of the combat management system (CMS) of the Philippine Navy’s frigates resurfaced as lawmakers quizzed former Department of Budget and Management-Procurement Service (DBM-PS) Executive Director Christopher Lloyd Lao about his past positions in government.

Lao, who appeared before the House committee on public accounts on Thursday due to his role in the procurement of allegedly overpriced face masks and face shields, denied having any involvement in the acquisition of the CMS – an issue that first popped up in 2018.

But committee chairperson and Probinsyano Ako Rep. Jose Singson cited a letter that Lao, then Presidential Management Staff (PMS) undersecretary, addressed to former Navy flag officer in command Vice Adm. Ronald Joseph. In response, Lao said that this was only to notify the agency of the questions surrounding their procurement.

“The only instance that I had the information on that, because there was a complaint,” Lao replied.

Singson then cut him off and stressed that the letter — a matter that was well documented by news reports — is in existence. But Lao insisted that PMS only tried to inform concerned officials about complaints regarding their projects.

“This (unintelligible) office directives that when there is a complaint to our office or complaints being filed to our office, and we write official letters for them to be apprised that there are complaints. And if they wish to respond and air their side, we allow them so we can put it on record what is their side and we just note it, Mr. Chair, so that when it will be evaluated in the future, we have an idea on what those issues are,” Lao said.

“In that particular note, we just wrote them a letter and they informed us when they went to the office, actually they presented what the project is all about, and that’s the time we understood that it was already a contract that was entered into I think early in 2016 […] it’s the previous administration that actually had started and terminated the entire procurement process,” he added.

It was revealed in early 2018 that Malacañang took special interest in the acquisition of CMS for the frigates, with the Philippine Navy explaining to President Rodrigo Duterte why it preferred Tacticos CMS of Thales Nederlands, Inc. over Hanwha Thales (HTC).

The response from the Navy was elicited supposedly after Defense Secretary Delfin Lorenzana asked Navy officials to respond to a query that allegedly came from then Special Assistant to the President and now Senator Bong Go.

Lorenzana was said to have made a hand-written note asking Mercado to respond to the unsigned letter assailing the Navy’s preference for Tacticos CMS.

Lao’s name recently grabbed headlines after a Commission on Audit (COA) 2020 report on the Department of Health questioned the regularity of transactions worth P42 billion that included funds transferred to DBM-PS when he was still its executive director.

During a Senate hearing on the same issue, the blue ribbon committee noted that the DBM-PS under Lao purchased face masks at P27 each and face shields at P120 apiece during the early months of the COVID-19 pandemic in the country.

In contrast, committee chair Senator Richard Gordon — who also serves as chairman of the Philippine National Red Cross — revealed that they bought face masks for just P5 per piece and face shields for P15 each around the same time DBM-PS under Lao made the procurement.

Earlier, Lao also denied directly working for Go, insisting that he reported to PMS head Undersecretary Ferdinand Cui. But Singson showed him a copy of a letter which he signed as undersecretary for the Office of the Special Assistant to the President or OSAP — the office of Go before he became a senator.

In response, Lao said he was only under OSAP because the PMS was under Go’s supervision. He maintained he did not report to Go.

“The natural relationship there is that you will report to the head of the PMS, however, were you reporting directly also, or obligated to report to, or instructed to report to, to Senator Bong Go?” Singson asked.

“Based on our protocol Mr. Chair, we submit (to) I think, two undersecretaries in our office, and one senior undersecretary. We sent our reports with all the other assistant secretaries to the head of (PMS), Undersecretary Cui. Undersecretary Cui will now make a report based on the agency that he is,” Lao replied, clarifying that Go is supervising four or five offices in the Office of the President.

Read Next
Arabian nights buzz: staycations boost Saudi economy
EDITORS' PICK
Vietnam’s ‘crazy guy’ aims to save ocean from waste
Marcos-era elections: Not what his son signed up for
WHO says no evidence healthy children, adolescents need COVID-19 boosters
Gear up and get ready to play with Yamaha Mio Gear
Acer starts the year off strong with the Aspire Vero National Geographic Edition
Over 3 Million worth of prizes to be won at Smart Padala’s SENDali Manalo Promo!
MOST READ
‘Sampal sa gobyerno:’ Drilon wants unvaxxed PAO chief barred from working
Vice mayor slams Vico Sotto for turning Pasig into a ‘puro palabas’ city
Guevarra to Acosta: Obey rules on unvaccinated
Guanzon denies Comelec delaying resolution of cases vs Marcos Jr. to favor any party
Don't miss out on the latest news and information.