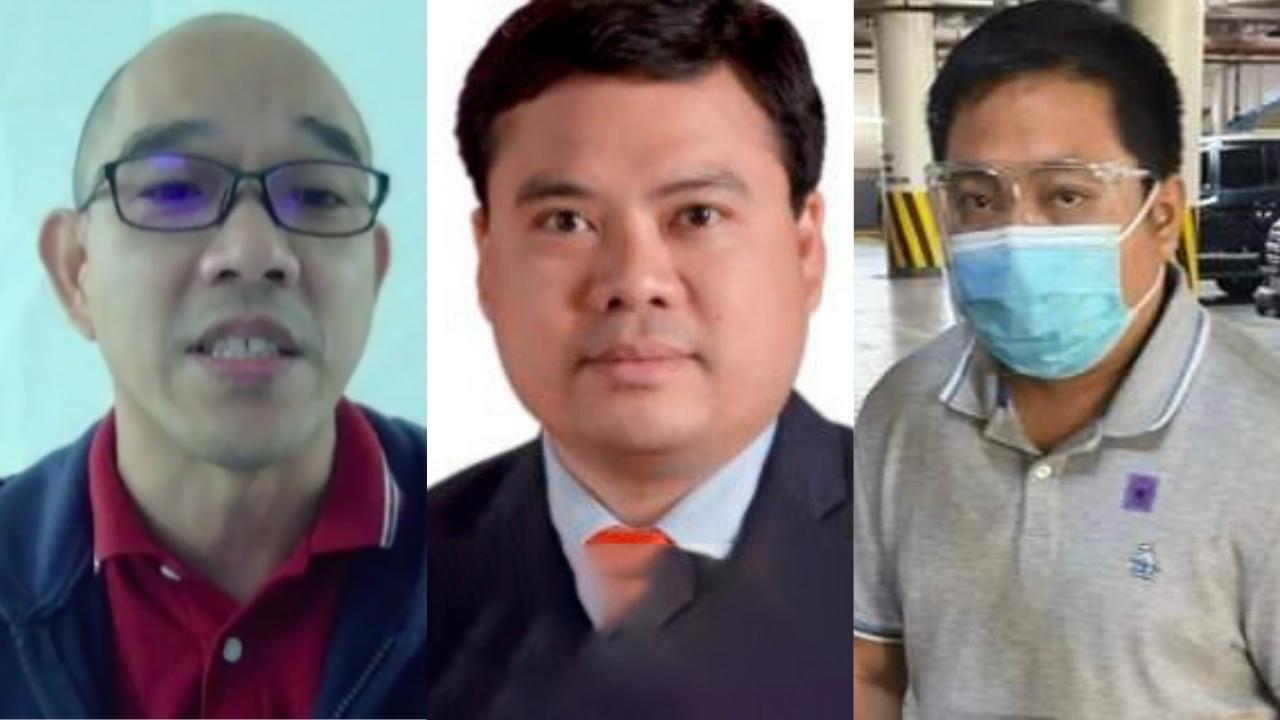 MANILA, Philippines — The footprints and hallmarks of Malacañang and Sen. Bong Go appear to be all over the mess involving the Pharmally Pharmaceutical Corp., Sen. Richard Gordon said as the names of past officials linked to both have been brought up during the investigations.

In an interview with ABS-CBN’s Headstart on Tuesday, Gordon stressed that some of the names that popped out during the Senate blue ribbon committee’s investigation of Pharmally had either worked for President Rodrigo Duterte or campaigned for him in the 2016 national elections.

Gordon was talking about former Procurement Service (PS) head Lloyd Christopher Lao, Deputy Ombudsman Warren Rex Liong, and lawyer Daryl Valles — officials who have allegedly also worked under Go back when he was still Special Assistant to the President (SAP).

“All of them campaigned for the President, all of them worked with Senator Go and these are known henchmen of the President. And look at the hallmark: how can Malacañang deny that they appointed Lao, and then afterwards they tried to appoint Lao, he had applied for the Ombudsman to cover his tracks,” he added.

Gordon said that even with corruption allegations hounding Lao at his past posts, he was still appointed to the Procurement Service of the Department of Budget and Management (PS-DBM), and then was considered to be Deputy Ombudsman.

And when Lao reneged from his aspiration to be deputy ombudsman, Gordon noted that it was Liong — also involved in PS-DBM and the Pharmally issue — who got the post.

“You know all these things are hallmarks.  When Lao was placed, obviously under protection, when Lao was with the Housing authority, people rose up in arms because of his corruption.  And then all of a sudden he is appointed to the PS-DBM […] and you can see the fingerprints, the hallmarks of Malacañang are all over,” Gordon claimed.

“And when he balked, he went out and who got appointed?  His (Lao’s) assistant, Mr. Liong, who also worked for the President, who also worked in the DBM in this so-called division that’s practically independent, working in the dark.  And he was appointed Deputy Ombudsman,” he added.

“Well we’re not gonna go by guilty by association.  But the point is there is a lot of series of circumstances; first they were denying that Lao was not there, but Lao himself said he was with the Office of the SAP.  I’m not saying Bong Go should be part of it, but certainly, no one can get appointed in the Office of the President without the fingerprints and the recommendation of Sen. Bong Go.  That he cannot deny,” Gordon said.

“In fact he (Go) denied it right away, ‘I have nothing to do with that’.  And we let him out of courtesy to a fellow Senator, it’s up to him that if he feels he is being alluded to, he can always come out and he did […] But you know, you cannot just say simple denials, in the face of the overwhelming evidence,” he added.

During the earlier part of the investigations done by both the Senate and the House of Representatives regarding the pandemic supply procurement made by the PS-DBM, Lao was asked whether he worked for Go.

Lao denied such claims before the House committee on public accounts last August 26, but committee chair and Probinsyano Ako Rep. Jose Singson showed him a letter which Lao signed as an undersecretary of SAP — Go’s position before he was elected to the Senate in 2019.

On the same day, Go said that it’s futile to link him to Lao, as even if he did knew Lao, it would not be a factor in fulfilling the administration’s anti-corruption drive.

READ: Go: Don’t link me to Lao, it’s irrelevant as those with corruption links would get punished

INQUIRER.net has contacted Go and Malacañang to get their side after Gordon’s comments, but both have not replied as of posting time.

Gordon and administration allies, including President Duterte himself, have been at odds recently as the blue ribbon committee continues its probe on the anomalous transactions involving Pharmally.

While Duterte had explicitly said the Senate can “crumple” Pharmally, Gordon accused the President of protecting his past officials and those linked to the company, like former presidential economic adviser Michael Yang.

READ: Gordon, Lacson on capture of Dargani siblings: Davao City not safe haven for them