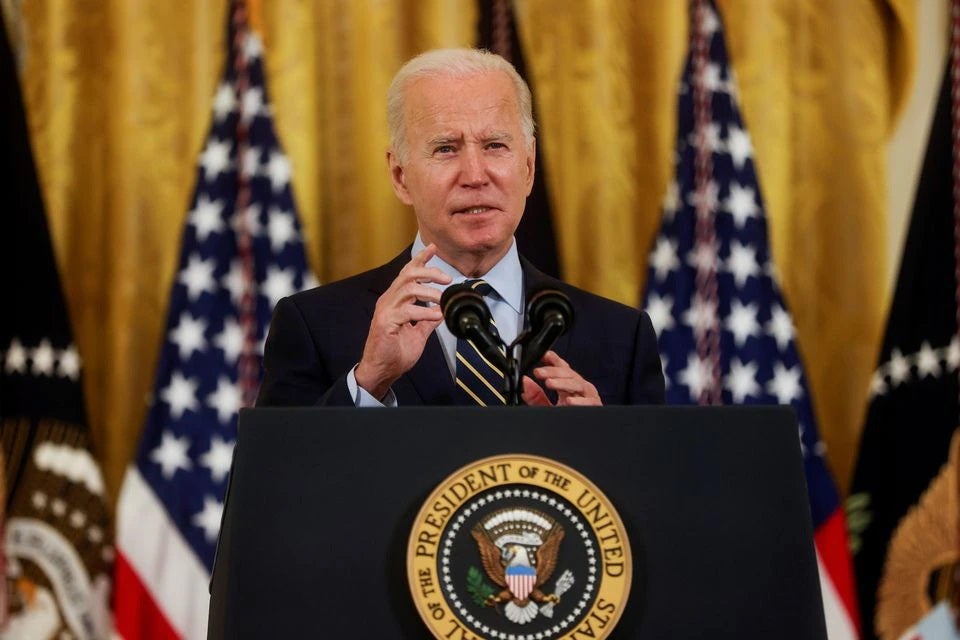 U.S. President Joe Biden delivers remarks on the Build Back Better Act and its impact on the cost of prescription drugs during a speech in the East Room at the White House in Washington, U.S., December 6, 2021. REUTERS/Leah Millis

WASHINGTON/MOSCOW — U.S. President Joe Biden and Russian President Vladimir Putin on Tuesday will hold a high-stakes video conference call that Biden will use to try to dissuade Moscow from invading Ukraine, where thousands of troops are massed near the border.

Ahead of his first direct talks with Putin since July, Biden consulted with European allies on Monday to discuss plans for sanctions against Russia and seek a strong allied stance in support of Ukraine’s territorial integrity and sovereignty.

They called on Russia to de-escalate tensions and return to diplomacy and said their teams will stay in close touch, including in consultation with NATO allies and EU partners, on a “coordinated and comprehensive approach,” the White House said.

Biden’s team has identified a set of economic penalties to impose should Russia launch an invasion, a senior Biden administration official said.

A separate source familiar with the situation said targeting Putin’s inner circle has been discussed but no decision had been made. Sanctions against Russia’s biggest banks and the ability to convert rubles into dollars and other currencies were also being considered, another source said.

White House spokeswoman Jen Psaki said it remained unclear whether Putin had made a final decision to invade Ukraine.

The secure video call, with Biden speaking from the White House Situation Room, is expected to occur at about 1500 GMT.

Ukraine and NATO powers accuse Russia of building up troops near the border, sparking fears of a possible attack. Moscow denies any such plan and accuses Kyiv of building up its own forces in its east, where Russian-backed separatists control a large part of Ukrainian territory.

The senior Biden administration official said Biden would warn Putin of severe economic penalties if he launches a war.
The United States has urged both countries to return to a set of agreements signed in 2014 and 2015 and designed to end a separatist war by Russian-speakers in eastern Ukraine.

The two leaders head into the talks with scant room for compromise. 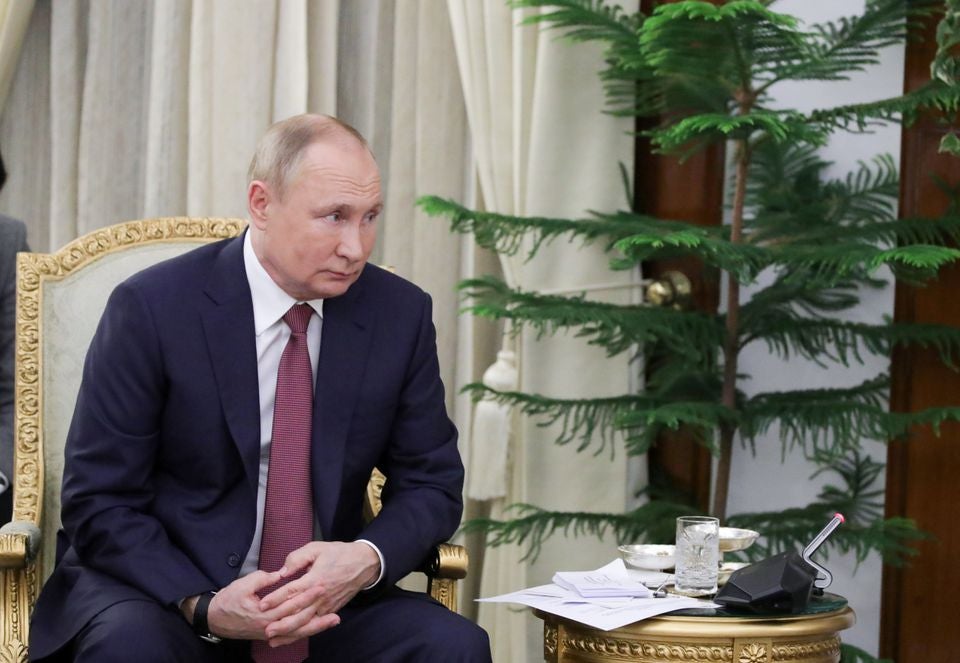 In Moscow, Kremlin spokesperson Dmitry Peskov said the talks would focus on what Russia regards as NATO’s creeping expansion towards its borders, as well as long-term security guarantees for Russia.
Putin has said he wants legally binding guarantees NATO will not expand further eastwards and a pledge that certain types of weapons will not be deployed in countries close to Russia, including Ukraine.

Putin is expected to raise the possibility of holding another U.S.-Russia summit with Biden too. They last spoke by phone in July and men met face-to-face at a summit in June in Geneva.

“Of course it (the agenda) is bilateral relations, which remain in quite a lamentable state,” Peskov told reporters. “And then it’s the questions that loom large on the agenda. Primarily tension around Ukraine, the theme of NATO advancement towards our borders, and President Putin’s initiative about security guarantees.”

On Monday, U.S. General Mark Milley, Chairman of the Joint Chiefs of Staff, met virtually with all the NATO chiefs of defense about “significant security developments across Europe.”

At the United Nations, spokesman Stephane Dujarric told reporters on Monday the meeting between Biden and Putin “is extremely important, given the current context of what we see going on in many parts of the world.”