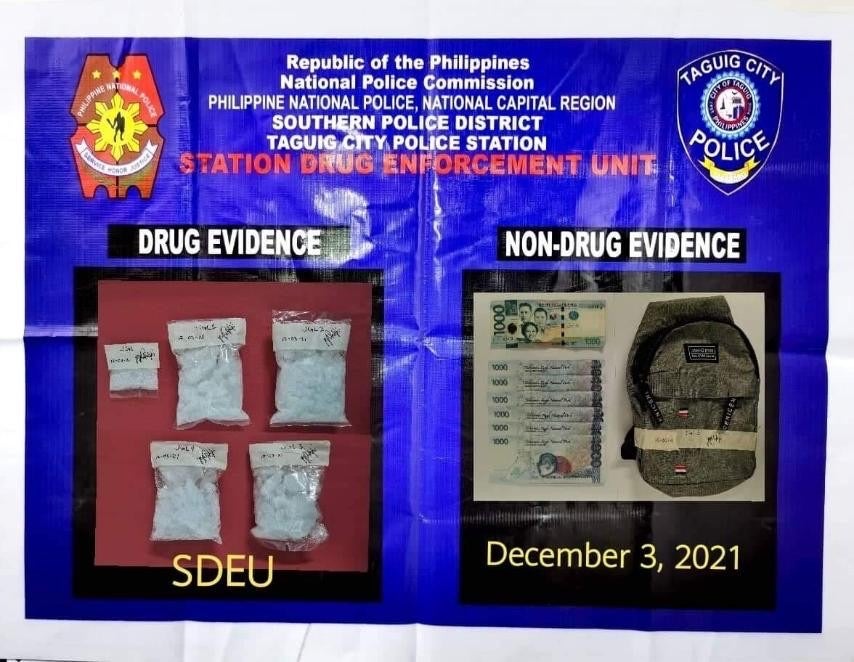 Pieces of evidence seized from a suspect who was arrested in a drug buy-bust operation in Taguig City on Friday, December 3, 2021. (Photo from Southern Police District)

The Southern Police District (SPD) on Saturday said operatives from the Taguig Station Drug Enforcement Unit arrested a Jemily Lasdon in a buy-bust on Friday night.

“The arrested suspect is now under the custody of Taguig City Police while the seized illegal drugs will be turned over to SPD Crime Laboratory for chemical analysis. The suspect will be charged for Violation of Sec. 5 (sale) and Sec. 11 (possession) of Republic Act No. 9165,” the SPD said in its report.

P2.3M worth of shabu seized from Taguig resident