MANILA, Philippines — Pharmally Pharmaceutical Corp. official Twinkle Dargani on Friday broke into tears as she insisted not knowing the location of the firm’s financial records, but assured senators later that she would provide any information that would assist in locating the documents.

Hontiveros pressed Dargani, who served as the firm’s acting president, about the company’s financial documents after her brother, Mohit, and Pharmally director, Linconn Ong, could not pinpoint the boxes’ location.

“After I’m going through so much that I’m all alone, I have no one to talk to. I only had my mom and my brother. If I knew where those documents were, I would have submitted [them]. Why would I want to see my brother go to jail for no crime?” Dargani added.

Dargani, who was said to be dealing with mental health concerns, is currently detained in the Senate after she and her brother were cited in contempt over their initial “refusal” to hand over the documents subpoenaed by the panel. 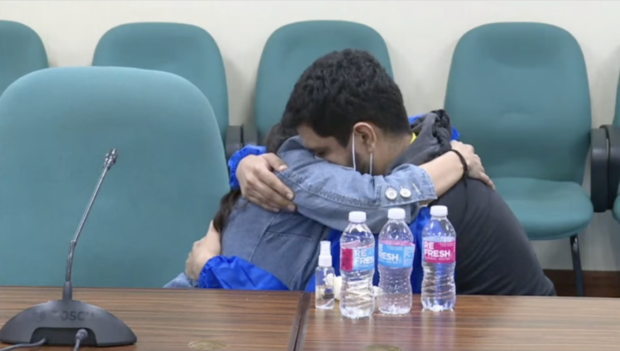 Meanwhile, her brother and Ong were recently transferred from the Senate building to the Pasay City Jail after failing to locate the boxes. Ong, for his part, was cited for contempt in September for being “evasive.”

“Could you, Ms. Dargani, compel them or together with them, could you finally, finally inform the committee where these documents are or who can turn over these documents physically to the committee para as a sign of good faith on the part of you, Philippine-based Pharmally officials sa aming kumite (to our committee),” Hontiveros had asked Dargani.

“I think it would really weigh on the decision of the committee, through our chair, regarding your brother and Mr. Ong,” she added.

Hontiveros also prodded Dargani to talk with her brother and Ong to “find a way” to locate the documents so the blue ribbon panel could examine them.

“Find a way among the three of you to communicate to the committee the whereabouts, the person in possession of those documents kasi imposibleng (because it’s impossible that) they vanished into thin air,” the senator added.

“I really don’t know anything,” an emotional Dargani responded.

Hontiveros once again urged Dargani and her fellow Pharmally officials to provide any information that would be useful in finding the documents.

“I would give it because I don’t want to be separated from my mom and my brother,” Dargani said, breaking into tears.

Dargani hugged her brother tightly, who, together with Ong, was escorted to the Senate building to attend Friday’s hearing.

Senators are investigating the government’s transactions with Pharmally, which bagged P8.6 billion in supply contracts for pandemic-related items in 2020.

Pharmally chairman Huang Tzu Yen has previously denied that they were favored in any way in the government’s procurement of medical supplies, saying the small company has been “unfairly prejudged.”