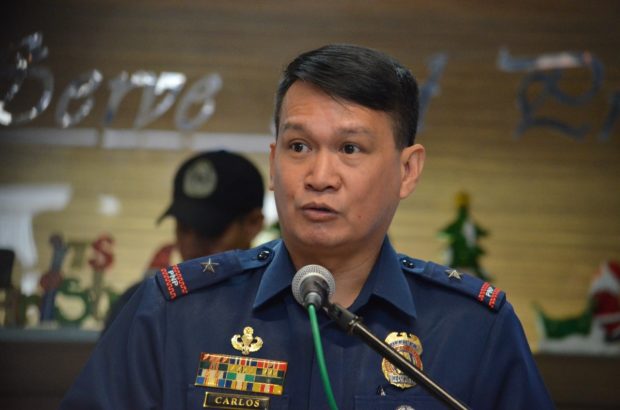 MANILA, Philippines — The Philippine National Police (PNP) is carefully watching six private armed groups (PAGs) that may pose a threat to the May 2022 national and local elections.

PNP chief Gen. Dionardo Carlos revealed this Wednesday, adding that they are also monitoring around 138 potential PAGs that can be activated to cause election-related violence.

“The PNP is currently doing profiling of the members of these groups to link their connections and identify their capabilities. The goal is to halt their ill-intentions in spreading fear and harassing the members of the community,” Carlos said in a statement.

He also urged the public to help the police force by reporting suspicious individuals in their areas. This way, he noted, the PNP could assess if the current deployment should be augmented.

“This is two-way traffic. We call the public to help us by reporting to authorities suspicious individuals lurking in their areas,” Carlos explained.

“If an area is infested with PAGS, deployment will be augmented in those places,” he added.

The Philippines has a history of violent elections, especially in provinces where rivals and families can get tight and intense. Just this September, former PNP chief Gen. Guillermo Eleazar considered deploying members of the PNP’s Special Action Force to so-called election hotspots.

This was after a grenade was thrown at the ancestral home of Cagayan 2nd District Rep. Rufus Rodriguez after a town councilor in Zamboanga del Norte was killed in an ambush while a vice mayoral bet in Datu Saudi Ampatuan town narrowly escaped a gun attack.

Also, the single largest attack on media practitioners — the infamous Maguindanao Massacre — stemmed from the election rivalry between the Ampatuans and the Mangudadatus.

READ: WHAT WENT BEFORE: The Maguindanao Massacre

Earlier, the PNP announced that it would start receiving and reviewing applications for exemptions to the gun ban and removal of security detail by assessing threats to aspirants in the 2022 polls.