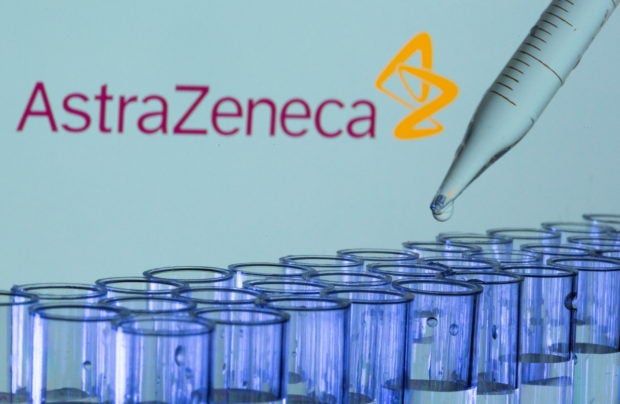 Test tubes are seen in front of a displayed AstraZeneca logo in this illustration taken, May 21, 2021. REUTERS FILE PHOTO

SEOUL — The global vaccine-sharing network
COVAX has set aside 4.73 million doses of AstraZeneca Plc’s
COVID-19 shot for shipment to North Korea, one of the
very few countries that haven’t started vaccination, according
to its allocation plan.

The plan follows an earlier offer for nearly two million
doses of the shot that the reclusive state had rejected due to
concerns over side effects, according to a South Korean
think-tank.

South Korea’s unification ministry which oversees engagement
with the North said on Tuesday it appears detailed distribution
arrangement has yet to be made, as COVAX continues to engage
with Pyongyang.

The allocation is part of its plan to distribute 43 million
doses of the AstraZeneca vaccine and Moderna’s COVID-19
shot by the end of December, as COVAX aims to ship up to 1
billion doses in total this year.

Co-led by the World Health Organization (WHO), COVAX
has since January largely allocated vaccine doses
proportionally among its 140-plus beneficiary states according
to population size.

North Korea and Eritrea are the only countries that have yet
to start their vaccination campaign against CCOVID-19, according
to the WHO.

North Korea has not officially confirmed any COVID-19 cases,
a position questioned by South Korean and U.S. officials. But it
has imposed strict anti-virus measures, including border
closures and domestic travel curbs.

North Korean leader Kim Jong Un had said in June that the
failure to implement measures to tackle the coronavirus had
caused a “great crisis,
” according to state media.

By Nov. 11 North Korea had tested at least 45,564 people for
COVID-19 with no positive results, according to the WHO.