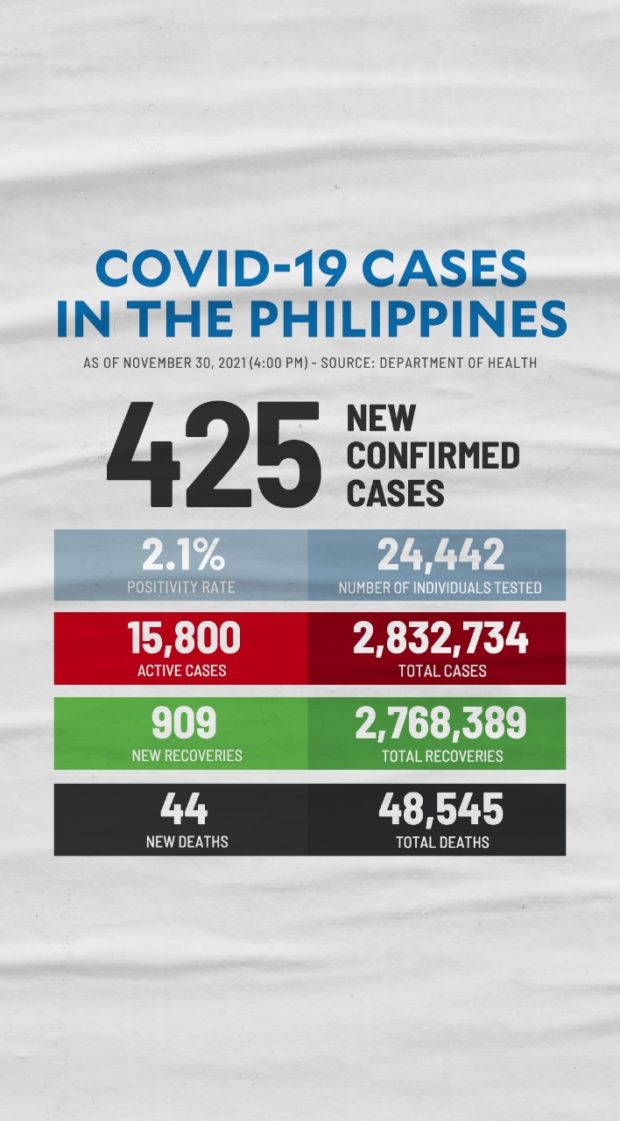 MANILA, Philippines — Only 425 fresh cases of COVID-19 were reported by the Department of Health (DOH) on Tuesday, with 909 more recoveries, decreasing active cases to 15,800.

The latest daily count, however, is now the lowest number DOH has tallied in 2021 and marks the 7th consecutive day the country recorded cases less than 1,000.

Meanwhile, DOH said that two laboratories were not operational, while four labs were not able to submit their data to the COVID-19 Document Repository System on the tests conducted on Nov. 28. These six labs contribute, on average, 0.4 percent of samples tested and 0.4 percent of positive individuals.

The health agency also said that three duplicates were removed from the total case count — of which 2 were recoveries.

“In addition, 63 cases were found to have tested negative and have been removed from the total case count. These 63 are recoveries,” said the DOH.

“Moreover, 40 cases that were previously tagged as recoveries were reclassified as deaths after final validation,” it added.