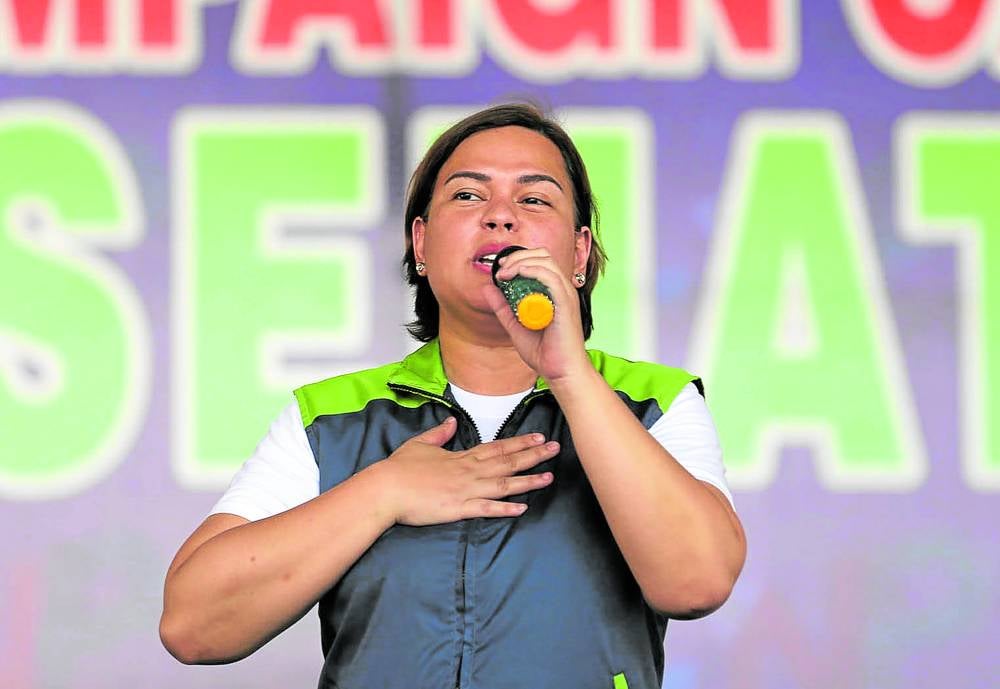 “It is with profound sadness that I hereby tender my resignation from our beloved party. My support will always be with you and I will always be grateful for all the things you have taught me,” Del Rosario quoted Duterte-Carpio in her letter as saying.

Del Rosario said the party wishes the Davao City mayor “all the best in her future plans.” 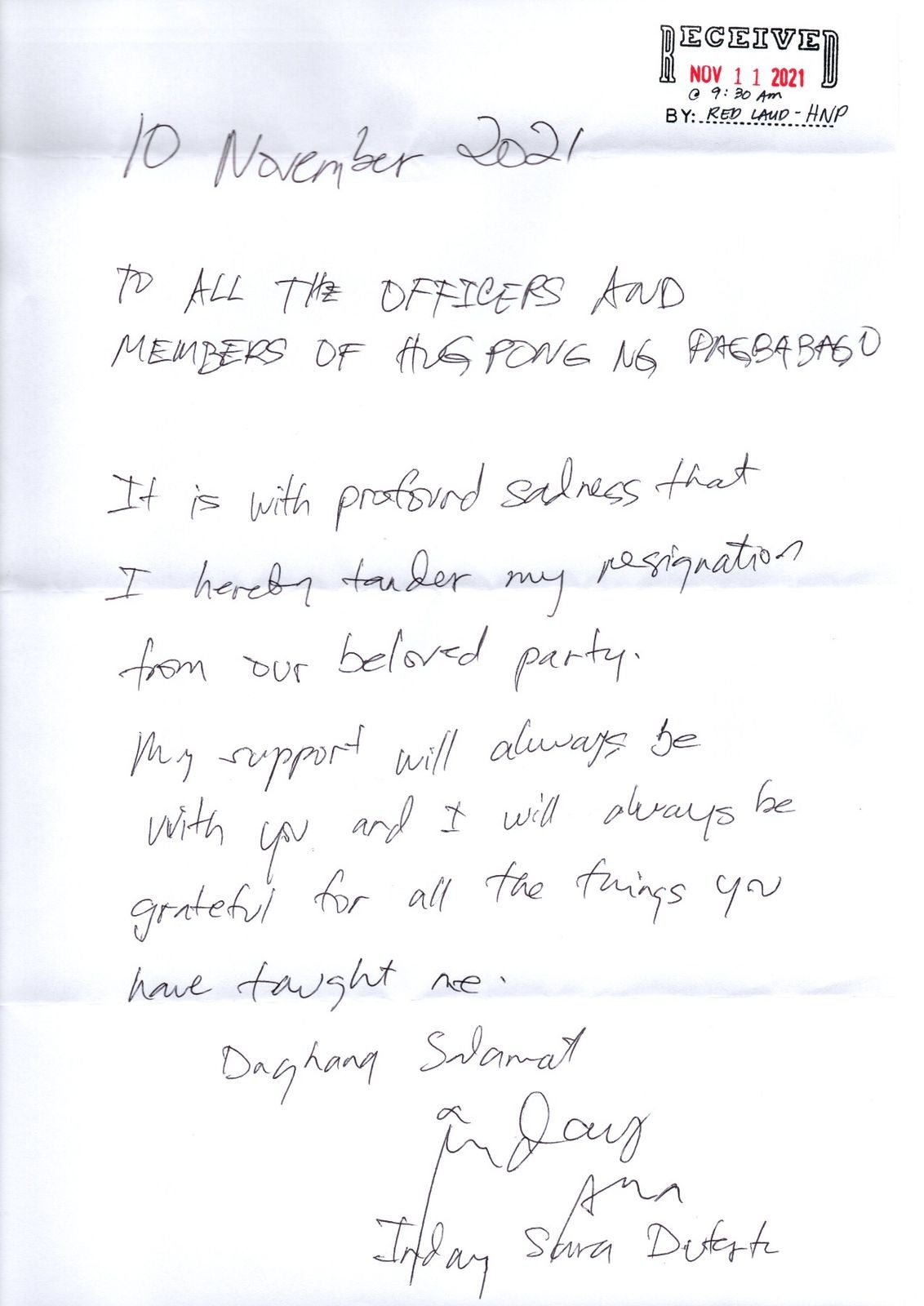 “While we are saddened by her resignation, we however wish her all the best in her future plans. Godspeed po Mayor Sara. In our hearts, you will always be our Chairperson,” he said in a statement.

Duterte-Carpio’s latest move is making many ponder on her political plans in 2022.

Despite calls for her to run for president, she initially said she would seek reelection as Davao City mayor in the 2022 elections.

She even filed her certificate of candidacy (COC) for the post during the filing period in early October.

However, in a move that did not shock so many, Duterte-Carpio withdrew her mayoral bid, days before the filing for substitution of candidates ends on Nov. 15.

This makes the option to run for a national post open.

The Commission on Elections (Comelec) earlier said the Davao City mayor can run for a national post in the 2022 elections but not under the HNP.

Duterte-Carpio must join a national party so she could qualify as a substitute candidate for whoever filed a COC for a national post.

She has long been suspected to eventually substitute Senator Ronald “Bato” dela Rosa, who filed his COC for president under President Rodrigo Duterte’s, her father, party PDP-Laban.

Dela Rosa, who is suspected to be only a placeholder for the Duterte-Carpio, even agreed it would be better if the Davao City mayor ran for president in his place.

Another national party, the Lakas-Christian Muslim Democrats (Lakas-CMD) of former President Gloria Macapagal Arroyo, is reportedly waiting to field Duterte-Carpio as its standard-bearer in the 2022 polls.

The Lakas-CMD has fielded its executive director Anna Capela Velasco and member Lyle Fernando Uy as presidential and vice-presidential candidates.

But Lakas-CMD secretary-general and House Deputy Speaker Prospero Pichay Jr. said Mayor Duterte would be their “priority” in case she decides to run for president before the Nov. 15 deadline for substitution of candidates.

Duterte-Carpio can also opt not to run for another national post aside from the presidency.

Speculations of her running as the vice-presidential candidate of former dictator’s son and former senator Ferdinand “Bongbong” Marcos Jr. spread after the two political figures met in Cebu City in late October.

Marcos Jr.’s sister, Senator Imee, even revealed that Duterte-Carpio urged Marcos Jr. to continue his presidential bid as she opted not to seek the position.