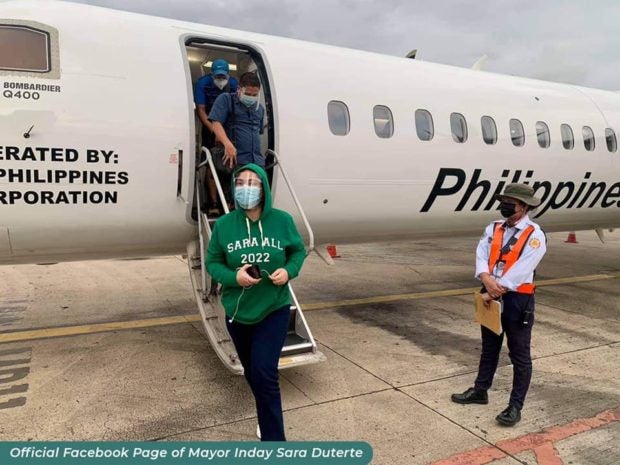 (It is confirmed that I and presidential aspirant and former senator Bongbong Maros met just now during the birthday celebration of Rep. Yedda, wife of House Majority Leader Martin Romualdez, in Cebu.)

The presidential daughter’s flight to Cebu on Friday afternoon earlier caused speculations that she could be meeting with Marcos who was also in the province.

Lawyer Victor Rodriguez, Marcos’ chief of staff, however, said in a Viber message that “presidential aspirant Bongbong Marcos and Mayor Sara Duterte finding themselves together in Cebu is just another beautiful coincidence.”

Even after the filing of candidacies have ended, some groups are still calling for Duterte-Carpio to avail of the substitution rule until November 15 and run for president.

She earlier filed her candidacy for reelection as Davao City mayor.