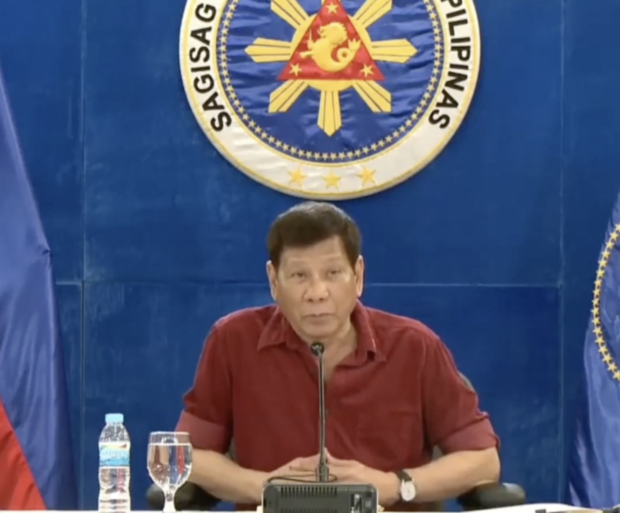 MANILA, Philippines — President Rodrigo Duterte on Thursday said that accountability is the missing ingredient in the peace talks with communist insurgents.

(Peace talks failed because proposals were given—I also provided the military and I said, “you study”—but for me, when I received it, I said no.)

“And there was this one missing ingredient to arrive really at a peaceful resolution of the country. ‘Yung (The) accountability, wala (there is none),” he added.

The president noted that the sanctions should be given to insurgents and not the government as they have a reason to kill.

(That’s why I said something is missing. One ingredient is really the sanctions against insurgents. Not us. We’re the government. We’ll not kill without reason.)

Duterte said he wanted something to hold on to “a provision or sanctions,” should innocent people be killed.

The president said that the government and communist insurgents would have no peace talks and continue fighting with the lack of accountability.

“Walang—the accountability, whatever—if they have any against us or against them, wala at ayaw nilang i-discuss ‘yan. Sabi ko, wala. No peace talks. We will fight forever, if ako ang masunod,” he said.

(There is no accountability—if they have any against them or us, none, and they do not want to discuss that. I said none. No peace talks. We will fight forever if I am in charge.)