MANILA, Philippines — The Archdiocese of Manila on Thursday announced that it has named its new chancellor and vice chancellor.

The announcement was made through a circular letter from current Chancellor Reginald Malicdem. 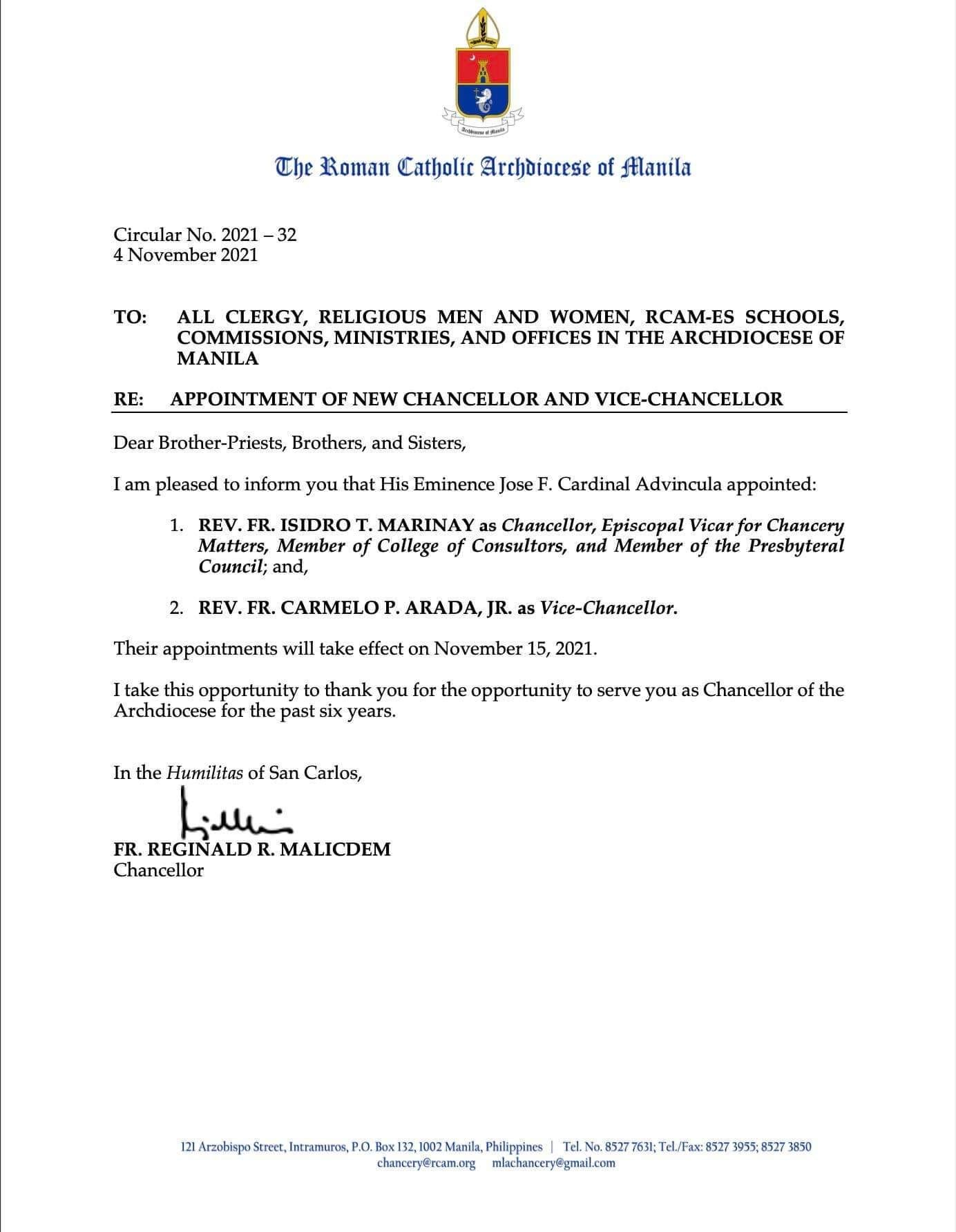 Malicdem, who first took the post in August 2015, then expressed his thanks for the opportunity to serve the archdiocese.

“Thank you for the opportunity to serve you as Chancellor of the Archdiocese for the past six years,” he said.

The new appointments will take effect on Nov. 15, Monday.