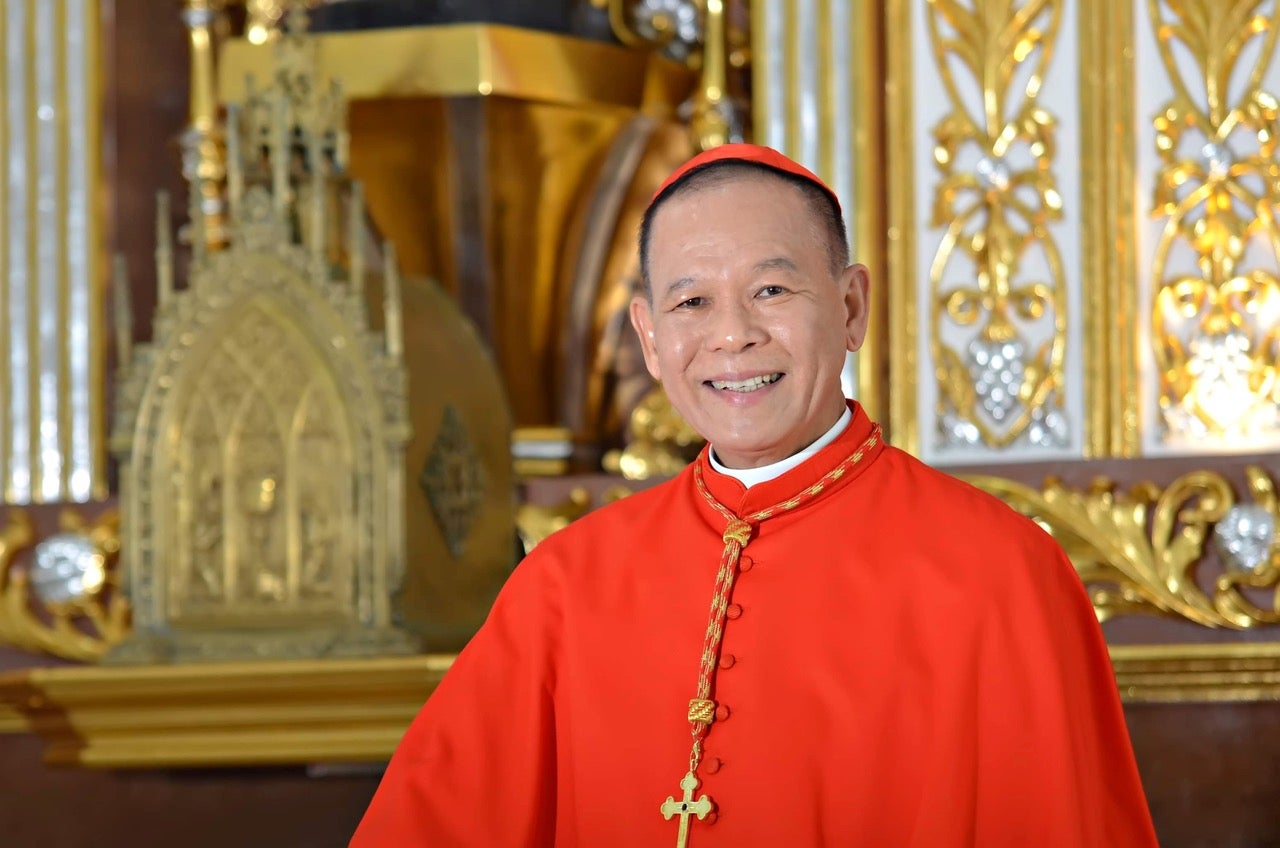 MANILA, Philippines — Calling himself “clueless Joe from Capiz,” Cardinal Jose Advincula said he was overwhelmed when Pope Francis named him Archbishop of Manila, an honor but also a responsibility that gave him many “restless days and sleepless nights.”

“Who would have thought? We all didn’t see it coming. Personally, I find it providential because I have a special devotion to St. Joseph,” Advincula said.

On Thursday, he was formally installed as the 33rd Archbishop of Manila in a ceremony that last took place 10 years ago at the Manila Cathedral in Intramuros, Manila.

He succeeded Cardinal Luis Antonio Tagle, who was appointed Prefect of the Congregation for the Evangelization of Peoples at the Vatican.

The ceremony was attended by over 200 bishops and priests, including the mayors of Manila, Makati, Mandaluyong, San Juan and Pasay—the cities that comprise the Manila Archdiocese.

“My beloved brothers and sisters in Christ, I have nothing new to tell you today, except my commitment to renew my heart’s desire to be a listening shepherd to the flock entrusted to my care,” Advincula said.

“Audiam—I will listen,” he added as he received his crozier or the shepherd’s staff.

Advincula said it was his “ardent desire” to listen especially to the youth and the people in the peripheries.

“Because of less attention given them by the Church, their faith is as fragile … I cannot feed my flock unless I listen first to their needs, their longings,” he said.

After the installation Mass, he also led priests in offering a prayer for former President Benigno Aquino III, who passed on Thursday. He said Aquino’s parents were among the country’s democracy icons.

The 69-year-old Advincula served nine years as Archbishop of Capiz and was the first cardinal to hail from the province. However, the bestowal ceremony of the ninth Filipino cardinal had to be postponed thrice due to the pandemic.

“Each time, I simply smiled and thought: In God’s time,” he said.

‘Just be who you are’

“The pandemic has indeed held us hostage for a year and half already; apparently, it is far from over yet … Some people may actually think that God has abandoned us. But instead, for us steadfast believers, it simply shows forth God’s power in the midst of our helplessness,” Advincula said.

In his homily, he confessed that he was not a good speaker, one of his many shortfalls as a priest.

But he said that Cardinal Tagle, a “very eloquent speaker,” had sent him a video message telling him: ‘Just be who you are … you are God’s gift as you are, and be who you are.’”

The Manila Archdiocese has set several other activities over the weekend as part of the installation rites. On Sunday, Advincula will celebrate his first Sunday Mass as Manila Archbishop in a poor community in Maricaban, Pasay City. INQ