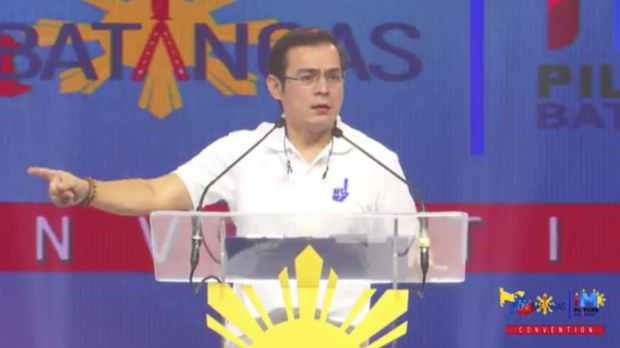 MANILA, Philippines — Just as the City of Manila is gearing for the attainment of “Smart City” status, the local government unit won three recognitions during the Digital Governance Awards 2021 — LGUs Best Practices in Information and Communication Technology — held on October 29.

Earlier, the city government of Manila forged a partnership with software giant Microsoft which will help accelerate the LGU’s goal of building a 21st century economy that lifts up the poor, improves job opportunities for its middle class, and enhance how the city government works internally.

“Becoming a Smart City will improve the delivery of services externally and enhances our overall business and investment-friendly attractiveness, especially as we seek to recover from the worst of the COVID-19 pandemic,” said Moreno.

Andres Ortola, Country General Manager of Microsoft Philippines, said the City of Manila has taken on an enormous challenge in their ambition to become a smart city and they look forward to working closely with them to support their transformation efforts and hopefully, to inspire and assist other government units and agencies across the Philippines as well.

“City governments today have an opportunity to better serve their citizens through the power of technology. Artificial Intelligence, the Cloud, and Data can all be harnessed to increase efficiencies and improve everything from public safety, transportation, infrastructure and citizen services,” Ortola said.

Digital transformation has been at the heart of Moreno’s administration of the City of Manila. Upon assuming the post as city mayor in July 1, 2019, he discovered that the city lacked baseline data sets for population, family size, income and education, among others.

Because of this, Moreno’s first act as Manila’s 27th mayor was to promulgate Executive Order No. 1 — The City of Manila Open Governance Ordinance, which created a broad policy foundation to support automation and computerization of city processes, accelerate digitally-driven data gathering and introduce technology advancements across all governance streams, to improve Manila’s ability to deliver services to its estimated 2-million plus population.

“To govern a modern global city in 2021 – especially through the worst public health and economic crisis of our lifetimes – demands we think, lead, manage and govern in new ways,” the Aksyon Demokratiko presidential candidate said.

“That is why we are truly excited for the prospects of our partnership with Microsoft and in the 450th year since Manila’s founding in 1571, we look forward to our mutual collaborations ahead,” the 47-year-old mayor added.

The partnership between the City of Manila and Microsoft substantially advances the ambitions and goals for the “Go Manila” initiative, across three broad partnership workplans: Empowering every Manila resident to become smart citizens; Modernizing Manila’s LGU workplace and Enhancing and promoting data-driven policies and governance.

Presently, Manila is engaged in a prototyping exercise to create digital IDs for every one of Manilas 2-million plus residents, with an initial focus on the estimated 350,000 poorest and most at-risk or vulnerable populations. Many of these individuals do not possess formal identification and without such, cannot apply for a national ID.

Additionally, in partnership with Department of Education (DepEd), Manila’s 290,000 public-school students will be provided free email addresses and free Microsoft 365 accounts, equipping them with the vast abilities that Microsoft applications offer.

There is also access to Microsoft’s global education programs to help students adapt to a rapidly changing learning environment. Manila residents will also have the opportunity to learn new digital, in-demand job skills through Microsoft’s skilling platforms such as LinkedIn, GitHub and MS Grounded.

Microsoft and the City of Manila are presently engaged in a trial exercise to provide Microsoft Workplace to the City’s leadership team across all 54 of its executive departments.

The partnership will seek to further optimize the city’s “Go Manila” platform, a whole-of-city digital data infrastructure initiative and wherever requested by the City of Manila, enhance data governance policies. Microsoft will provide access to Government-specific resources and expertise in Artificial Intelligence and map horizons for future digital plans.

In June 2021, the City of Manila was named among 50 Finalist Global Champion Cities in the Bloomberg Philanthropies 2021 Global Mayor’s Challenge, the world’s most prestigious competition for urban innovation for cities of 100,000+ population. Manila’s entry to the competition, “Go Manila” seeks to build the first, holistic, digital data infrastructure by any Philippine city, large or small.