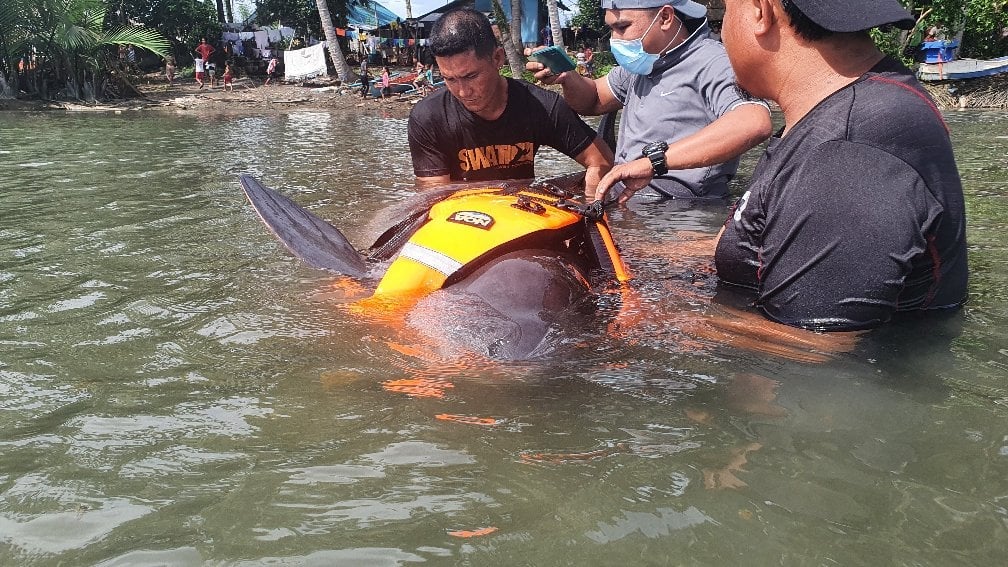 KORONADAL CITY — An injured female pygmy sperm whale (Kogia breviceps) is currently being treated in a facility in Sarangani after it was rescued on Monday, October 25, on the province’s coast.

Lawyer Felix S. Alicer, regional executive director of the Department of Environment and Natural Resources-Region 12 (DENR-12), said the two-meter mammal was weak and wounded when found by fishermen along the coast of Barangay Mabay, Maitum town.

“Our people in the area have been educated and trained to help and not to harm endangered species,” Alicer said.

Through a phone call, Dr. Roy Mejorada, Sarangani provincial veterinarian, instructed the marine rescuers how to handle and provide medical aid to the whale.

Alicer said the rescued whale is still under observation and will be released back to the wild once it recovers and regains strength.