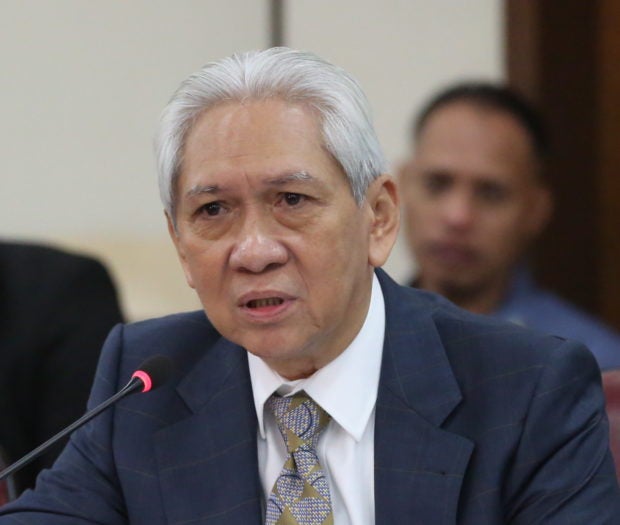 MANILA, Philippines — Ombudsman Samuel Martires has asked critics why he is being singled out for wanting uniform rules and guidelines on the release of public officials’ Statement of Assets, Liabilities, and Net Worth (SALN) when his office is not the only body in charge of handling such documents.

Martires said on Tuesday that the Office of the Ombudsman only handles the SALN of some officials, like the president, vice president, chairs of constitutional commissions, the deputy ombudsman, local elective officials, some of the military and the police officers, and presidents of state universities.

He claimed that other offices, like the Supreme Court which handles the SALNs of justices and judges, also have their own set of rules.

“So hindi ho lahat ng SALN ng empleyado ng gobyerno ay nasa sa amin.  Most of the repositories, I understand, have their own guidelines.  So I am really wondering why am I the only one being blamed for having a guideline on how to access the SALN of those officials whose SALNs are with the Office of the Ombudsman,” Martires told CNN Philippines’ The Source.

(Not only the SALNs of government employees are with us.)

“The Supreme Court admitted in Biraogo that the Supreme Court itself has its own set of guidelines on how to access the SALNs of justices and judges.  So bakit ako lang ang sinisisi, why are fingers pointed at me, blaming for violating transparency?  Hindi lang ako ang may ganito eh,” he noted.

(So why I am the only one being blamed for this?)

According to Martires, it may root from the people’s obsession with the SALNs of heads of state, asking why he has not heard people clamoring for the release of lawmakers’ SALNs.

Martires has been advocating for the amendment of Republic Act No 6713 or the Code of Conduct and Ethical Standards for Public Officials and Employees, by stressing that SALNs can only be published for public information and not for commentary.

He also seeks to protect officials from innuendos stemming from an improper analysis of the SALN, by placing criminal penalties for violation of these provisions.

Martires in numerous times stressed that Section 8, Paragraph D of R.A. No. 6713 already prohibits obtaining or using SALNs for:
(a) Any purpose contrary to morals or public policy; or
(b) Any commercial purpose other than by news and communications media for dissemination to the general public.

The Center also enlisted other “red flags” and vague provisions in Martires’ proposals, which PCIJ’s resource persons believe could be a way for politicians to keep their wealth a secret.

The possible amendments to R.A. No. 6713 was first raised by Martires during the House hearing of their budget last September 9, in which he said that he wants people making commentaries on the SALN to be penalized with jail terms of up to five years.

He said that even he had been a victim of malicious reportage, as media outfits reported and allegedly made commentaries on his SALN — implying that he earned P15 million in three months without clarifying matters with him in the first place.

Martires’ proposals drew flak from netizens on social media, while Bayan Muna Rep. Carlos Zarate who was present during the budget deliberations asked if the proposal would even be constitutional as it goes against free speech.