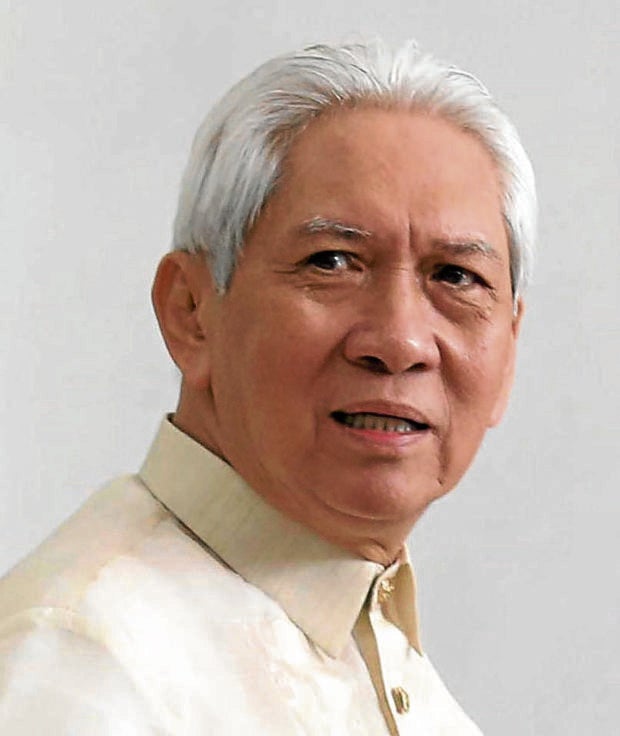 MANILA, Philippines — Ombudsman Samuel Martires has allayed concerns regarding his proposed amendments to Republic Act No. 6713 which mandates the submission of Statement of Assets, Liabilities, and Net Worth (SALN), saying he is only seeking clarification of certain provisions in the existing law.

In a statement on Tuesday, Martires stressed that R.A. No 6713 or the Code of Conduct and Ethical Standards for Public Officials and Employees has provisions prohibiting public commentaries on public officials’ and employees’ SALNs.

The Ombudsman explicitly stated that he was referring to the Philippine Center for Investigative Journalism (PCIJ) story last October 16, in which the proposed amendments by Martires simply raise more red flags.

“This pertains to the 16 October 2021 article of the Philippine Center for Investigative Journalism regarding the draft bill containing proposed amendments to Section 8 of [R.A.] No. 6713, otherwise known as the Code of Conduct and Ethical Standards for Public Officials and Employees,” Martires said.

“If one were to carefully read the proposed draft bill and the original text of R.A. No. 6713, the proposed amendments are nothing more than an expansion for purposes of clarity, of provisions already existing in the law,” he added.

(a) Any purpose contrary to morals or public policy; or
(b) Any commercial purpose other than by news and communications media for dissemination to the general public.

He explained that this provision shows that the SALN must only be published in national circulations and newspapers per se — or for dissemination, purposes only, and without commentaries.

“The said provision already includes a prohibition on the use of the Statement of Assets, Liabilities and Net Worth (SALN) for commercial purposes except for news and communications media with the limitation that the information contained in the SALN be used only for dissemination to the general public,” Martires noted.

“To disseminate information must be taken in the context that it is made for informational purposes only without further commentaries,” he added.

Martires said that he proposed to amend Section 8 of R.A. 6713, which if enacted, would now read like this:

(D) Prohibited acts. – It shall be unlawful for any person to obtain or use any statement filed under this Act for:
(a) Any purpose contrary to morals or public policy; or
(b)    Any commercial purpose other than by news and communications   media for dissemination to the general public; PROVIDED THAT, SUCH USE BY NEWS AND COMMUNICATIONS MEDIA SHALL BE STRICTLY LIMITED TO REPORTING OF FACTS PROVIDED IN THE STATEMENT AND NO FURTHER COMMENTARIES COULD BE MADE THEREON.”

Under the current law, violation of the provisions — Sections 7, 8, 9 — may be penalized by “imprisonment not exceeding five (5) years, or a fine not exceeding five thousand pesos (P5,000), or both”, aside from possible disqualification from public office.

The Center also enlisted other “red flags” and vague provisions in Martires’ proposals, which PCIJ’s resource persons believe could be a way for politicians to keep their wealth a secret.

But Martires was adamant that they support transparency, stressing that the freedom of the press would not be hampered as the proposed amendment would still allow the publication of SALNs.

“For transparency, the Ombudsman supports the publication of the SALN for informational purposes and factual reportage subject to existing rules and regulations. There is, therefore, no censorship nor any restriction on the freedom of speech or expression to speak of,” he said.

He also chided PCIJ for not digging deeper, and not awaiting his response to queries.

“Finally, as investigative journalists, much is expected from the PCIJ where all parties to a story should be heard unless the purpose is simply to destroy the office or the head of the office,” Martires said.

“If PCIJ simply awaited for the response of the office to its query, it will understand that the draft bill is just a portion of the proposal to reconcile relevant anti-corruption statutes. It is therefore more prudent if PCIJ had checked all the facts first before jumping to conclusions in the spirit of fair and balanced journalism,” he added.

The possible amendments to R.A. No. 6713 were first raised by Martires during the House hearing of their budget last September 9, in which he said that he wants people making commentaries on the SALN be penalized with jail terms of up to five years.

He said that even he was a victim of malicious reportage, as media outfits reported and allegedly made commentaries on his SALN — implying that he earned P15 million in three months without clarifying matters with him in the first place.

Martires’ proposals drew flak from netizens on social media, while Bayan Muna Rep. Carlos Zarate, who was present during the budget deliberations, asked if the proposal would even be constitutional as it goes against free speech.