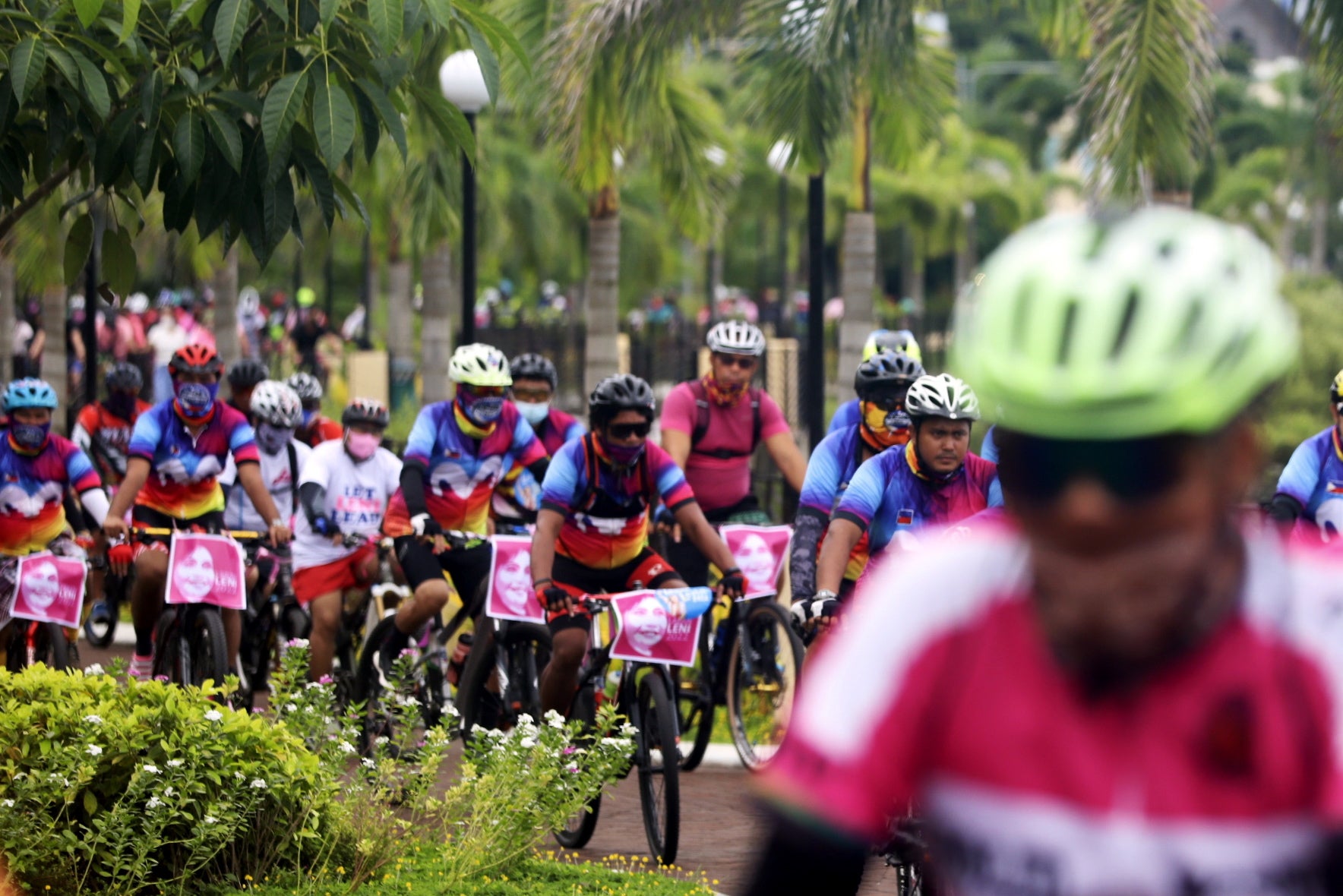 COLOR-COORDINATED Around 400 bikers in Iloilo City show up on Saturday for their version of the “people’s caravan” for Vice President Leni Robredo and her bid to be the country’s next leader in the May 2022 elections. —ARNOLD ALMACEN/ILOILO CITY MAYOR’S OFFICE

MANILA, Philippines — Vice President Leni Robredo said she was shocked by the overwhelming people’s campaign and the local executives who expressed support for her.

On Saturday, “kakampinks” — the nickname of Robredo’s supporters — held motorcades in 25 cities and provinces across the country in support of Robredo.

(Actually, we were so shocked yesterday. I did not expect that it would be that big because before yesterday, many people from different areas were conducting caravans which were also successful. But, we were shocked because from north to south, people participated.)

(This is what is good, it shows that it becomes a people’s movement. This is not traditional campaigning.)

The vice president expressed appreciation to the individuals who participated in the campaign.

(I am very thankful because of the wholehearted support. Nothing in exchange was asked.)

(Actually, I am shocked — as I said before — we are not expecting local officials who will come out in the open to support us because of our political climate but there are many that did.)

(Others also showed support but did so quietly. We are shocked by those who are very open.)