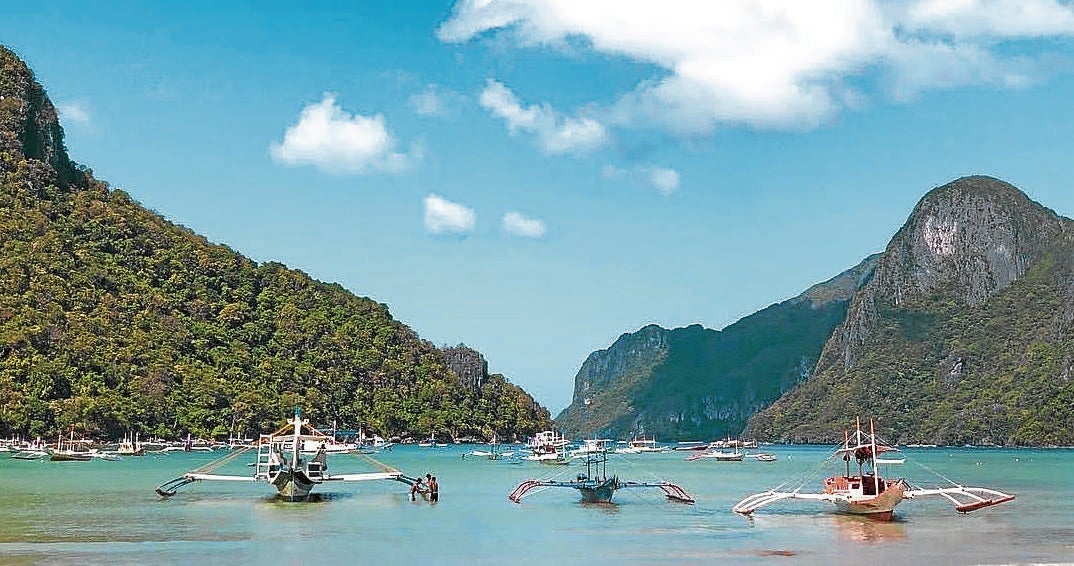 TOP DESTINATION The tourist town of El Nido in Palawan province has consistently made the list of top islands to visit in the world by several global travel and leisure magazines. —PHOTO COURTESY OF MICA VELOSO

But unlike the kind who goes after vermin or bugs, the 35-year-old Cañizares and nearly three dozen other volunteers like him, go deep into the sea to do it.

Their target is crown-of-thorns starfish (Acanthaster planci)—a menacing species that has been killing corals.

Aided by divers like Cañizares, locals and environmental authorities have been fighting against an outbreak of these “coral killers” now threatening to wipe out the lush reefs of El Nido, a tourist haven in Palawan province that offers one of the best beaches and marine ecosystems in the world.

According to conservationists from Oceana, an environmental nonprofit organization on ocean advocacy, crown-of-thorns starfish ideally occur one or none in a hectare of corals. When these exceed 30 in a hectare, then an outbreak is declared.

In El Nido, a municipality in the northern tip of Palawan composed of 45 islands and islets, hundreds of crown-of-thorns starfish can be seen in a single reef region.

Monitoring done by the El Nido Municipal Environment and Natural Resources Office (Menro) in June showed that the outbreak had yet to reach the coral reefs in inner bays, but there were signs that it was worsening as time passed.

The crown of thorns, one of the world’s largest starfishes, feed on stony corals, sucking them dry of nutrients, leaving the reef dead and white.

Known as a “coral-killing sea star” because of its spines that cover its body, crown-of-thorns starfish matures into an adult in about two years, with the capacity to coordinate spawning in one region and may deposit up to 60 million eggs in a season, effectively disturbing the marine environment. 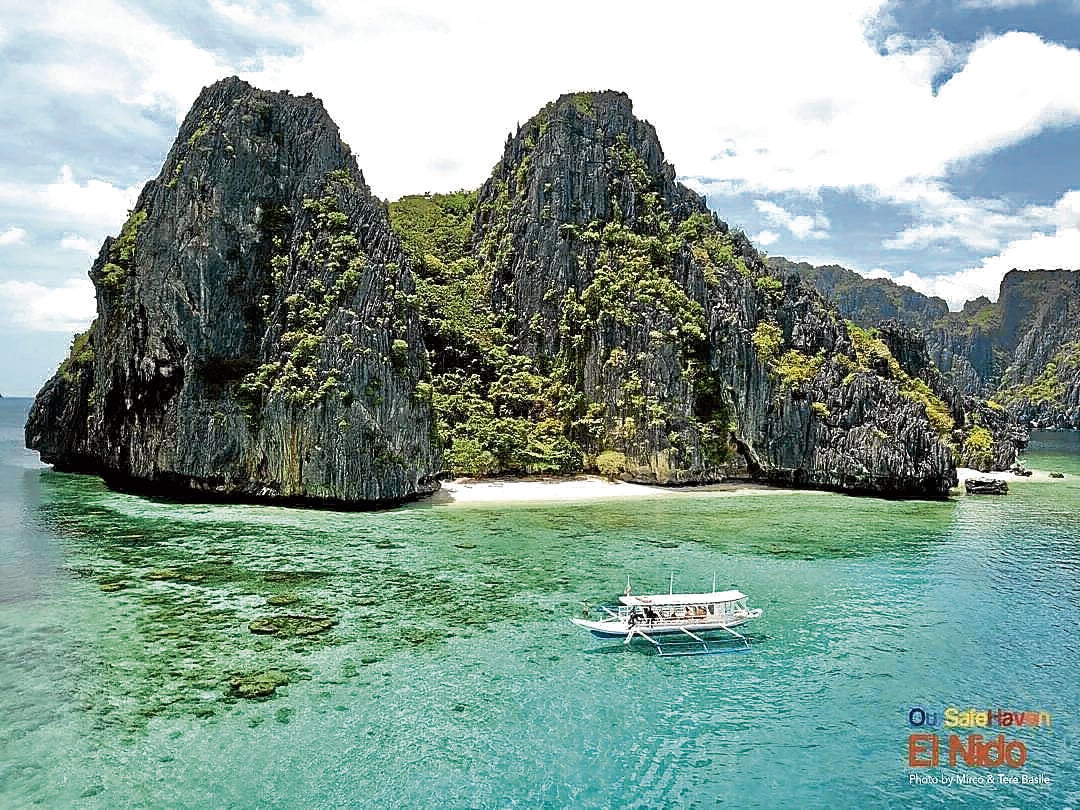 When the crown-of-thorns starfish consume coral polyps, it leaves the coral exoskeleton, which then bleaches and dies. This species feeds by inverting its entire stomach, through the mouth, and digesting a thin layer of soft tissue off of a coral’s skeleton, and sucking down the available nutrients.

Cañizares, a tourism worker who was displaced due to the pandemic, decided to join a group to start a community program to wipe out the coral killers.

He said the giant starfishes had been invading El Nido’s reefs since 2009 but the problem had been, at one point, contained. From 2019, however, its number has been steadily increasing and is now considerably higher than it was in 2009, causing coral degradation to worsen in 2020.

“I think it is because of the pandemic and it was not monitored, it has become a recurring problem,” Cañizares said.

Since the cleanup and collection drive began in August, there had been five operations, with two or three trips a week, resulting in thousands of crown-of-thorns starfish killed in El Nido’s Tapiutan Island, a portion of Matinloc Island, Bebeladan Island, Pangulasian Island in Bacuit Bay, and a stretch of the municipal waters.

On average, 15 divers join every trip of about 30 volunteers, including tour guides and other members of the crew.

Cañizares said the highest volume they had gathered in one location was approximately 1,270 giant starfishes, while the team from Ten Knots in El Nido Resorts collected over 900. 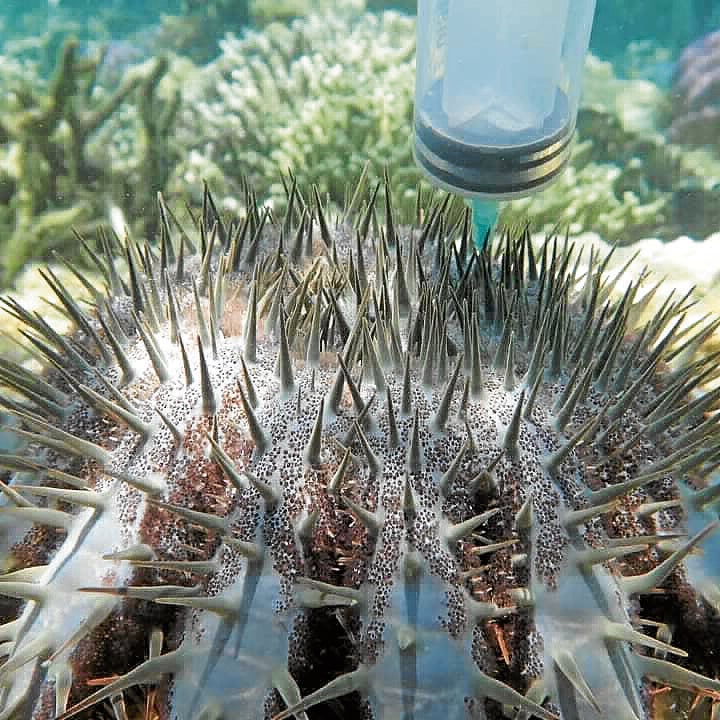 UNDERSEA MENACE El Nido’s reefs are experiencing an outbreak of coral-killing starfishes. Community volunteers, aided by local resorts and the municipal government, have been battling the infestation through regular cleanup and by using vinegar solution to paralyze the crown-of-thorns starfish so these can be removed without damaging the fragile corals.—PHOTO COURTESY OF DAVE DISTAL

Meriam Arzaga, the project coordinator from the El Nido Menro, said it would take 10 to 20 years for a coral reef to recover from a crown-of-thorns starfish outbreak, posing a problem to Palawan province’s tourism industry since these are the centerpieces of underwater tours.

“It (crown-of-thorns outbreak) has a huge impact on fisheries … One of the factors contributing to the increase in population of crown-of-thorns [starfish] that we are looking into is the rise in nutrient level in our seas, which causes the spike in the amount of algae that is food to crown-of-thorns at their juvenile stage,” Arzaga said.

The giant starfishes thrive because of the absence of their predator, such as the giant triton snail. An outbreak, which usually lasts for years, naturally dies out when another species emerges and competes against it.

Volunteer divers inject dyed vinegar, which acts as a type of poison administered through a syringe that paralyzes the crown-of-thorns starfish and releases its hold on the coral, allowing it to be removed without damaging one of its limbs.

Proper protocol in the removal of crown-of-thorns starfish must be observed, otherwise, it may break its limbs and result in the release of sex cells for spawning, or it may regenerate from portions of its arms, Cañizares said. 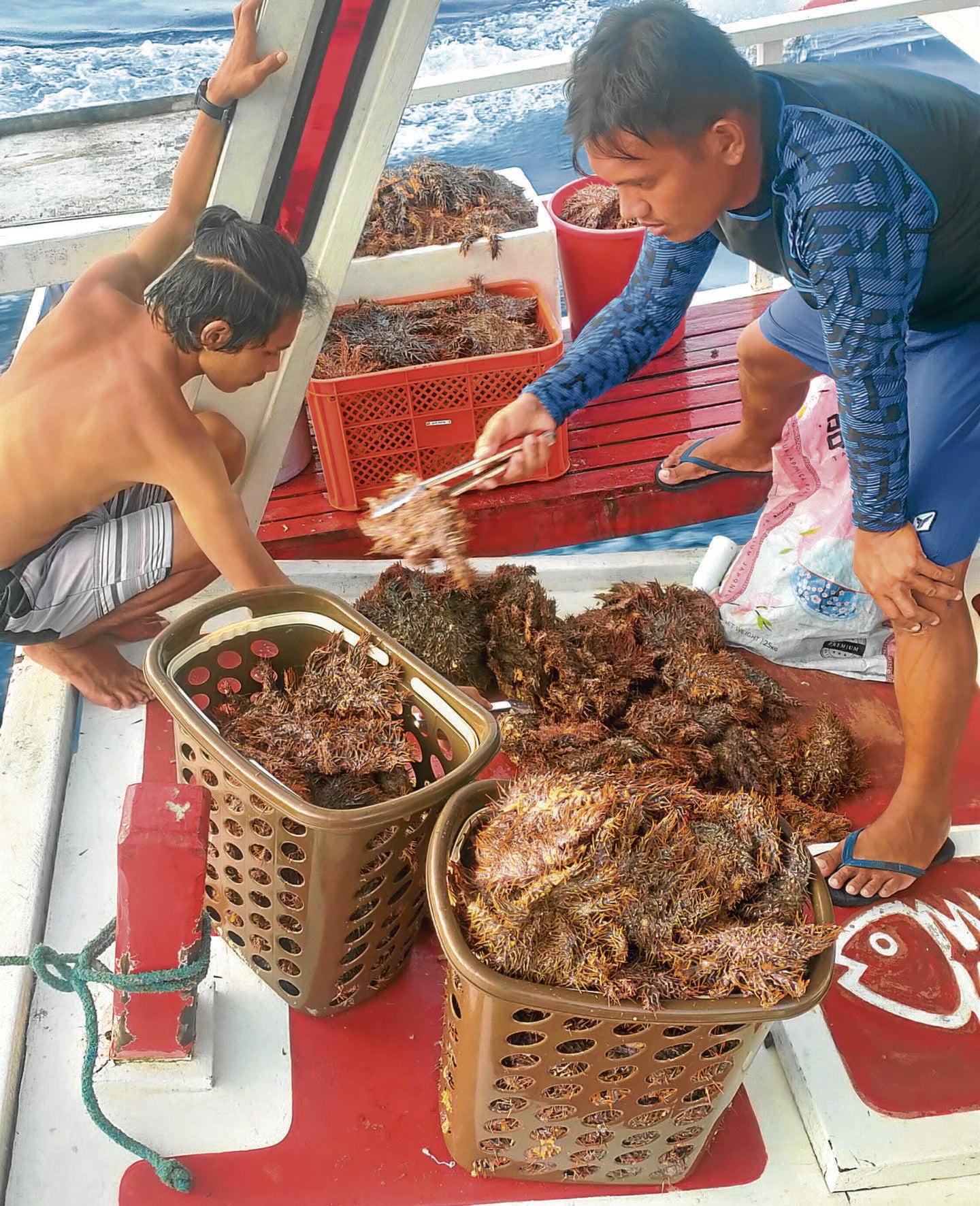 However, the program is expensive and is now threatened to be stopped because of a funding shortage.

The El Nido Menro initially supplied fuel for boats before the office ran out of funds for the purpose. Volunteers also solicited support from groups that could provide help, like food, for the team.

Arzaga estimated that around P5 million would be needed to sustain the program. The first five operations cost around P205,000.

“We’re just waiting for the approval of the request for budget. Actually, we [made the request in] July but we know [that in dealing] with the government, we have to follow a process. [But] this doesn’t mean the local government has stopped [supporting the program],” she said.

Mariglo Laririt, Ten Knots’ director for environment and sustainability, said signing up for the program required “another level of volunteerism.”

She said several residents had been assisting in the collection of crown-of-thorns starfish. However, owing to the lack of tourism activities, the town’s primary source of income, mobilization of resources, and finding money posed a challenge.

A two-day operation of exterminating giant starfishes would require approximately P25,000 to P28,000 to pay for fuel, food, and other costs added Laririt.

“We are talking about now versus the future. If you have a lot of expenses now but you still volunteer for the good of the future, that’s really another level of volunteerism,” she said.

The volunteers are hoping to finish their work, given enough funding, before tourism goes back full swing.

“It’s sad that we are almost at the end but then we have to stop. At the same time, it is spawning season for crown-of-thorns [starfish] this October until January. So if we stop now, by next year there will be more of them, back to zero again, waste of effort, waste of money,” Cañizares said.

Being a native of El Nido, Cañizares, like the other volunteers, began participating in the town’s environmental initiatives during their younger years. Their goal is straightforward: to protect the corals for the generations to come.