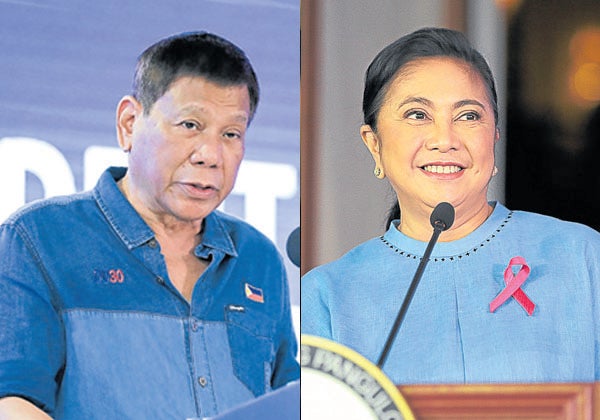 CAGAYAN DE ORO CITY—Vice President Leni Robredo on Saturday admitted that her presidential bid in 2022 was facing daunting challenges, not least of which was caused by the decimation of the Liberal Party (LP) she leads as chair.

Another big obstacle, she said, was the “disinformation” campaign against her over the past five years under President Rodrigo Duterte which characterized her as a do-nothing Vice President.

“When I decided to run, I knew all the odds are against me,” Robredo told a gathering of campaign volunteers and supporters in Cagayan de Oro City, including her former colleagues at Sentro ng Alternatibong Lingap Panligal, a nongovernmental organization that provides legal services for the marginalized sectors and communities.

“I did not foresee any local official helping me because the political climate now is different,” she said.

The election campaign this time is unlike in 2016 when she ran under LP, with expectations of command votes from local officials who were members of or affiliated with the ruling party then, Robredo said.

Apart from not having the financial resources to bankroll a nationwide campaign, LP “has been decimated,” she said.

Right after the 2016 balloting when it became clear that Duterte was winning the presidential race, many local officials and other politicians abandoned LP to join the Partido Demokratiko Pilipino-Lakas ng Bayan (PDP-Laban), which became the new ruling party.

Candidates running for Congress or national positions often rely on the backing of local officials who rally their own supporters to also vote for them.

“This is a difficult campaign,” Robredo said, pointing to another big problem—the persistent disinformation campaigns waged against her, mostly on social media, since 2016. She said several focused group discussions indicated that many people thought she had done nothing as vice president that’s why she wasn’t their choice for president.

Robredo said sometimes she felt insulted by these remarks given that her office had mounted so many projects to help combat poverty and to deal with the impact of the pandemic on the health workers and other sectors.

She said the wrong information being spread about her and the opposition must be countered on the same social media platforms.

“We need to break into this infrastructure (of disinformation),” she said.

Despite all these challenges, Robredo said, she was buoyed by the continuing flow of support from a growing number of volunteers since she submitted her certificate of candidacy on Oct. 7. There are also over a hundred advertising agencies that pledged to help her campaign, she said.

The Vice President was in Cagayan de Oro to launch the Vaccine Express, inoculating 500 transport workers in the city.

In nearby Iligan City, Duterte welcomed new members of the PDP-Laban faction led by Energy Secretary Alfonso Cusi who took their oath on Saturday.

“I may not really be able to attend all your political meetings, but I have committed to campaign for PDP candidates all over the country. So, I can only afford one [event in] each city,” he said.

The President reminded his party mates that their victory “will not only be ours but more importantly, to the nation.”

PDP-Laban should make the people and the country’s progress its top priority, he said.

“Our mission is, and will always be, to improve the quality of the lives of Filipinos. As you run for public office, take this to heart even after the election period and regardless of the election results,” he said.

The Cusi faction had ousted Sen. Manny Pacquiao from the party where he was serving as acting president.

In addition to the problems Robredo mentioned, she also has to deal with a potentially unwieldy “unity” senatorial slate, which includes six mainstay and five “guest” candidates, or those who are also running under two other presidential contenders—Pacquiao and Sen. Panfilo Lacson.

Despite the curious mix of opposition stalwarts and political nemeses like former Sen. Antonio Trillanes IV and ex-Vice President Jejomar Binay, the senatorial aspirants under Robredo were still one candidate short of a complete slate.

“Talks still ongoing,” Pangilinan said in a Viber message. “[Colmenares] is among those being considered for the 12th slot,” said Drilon, who had admitted that he and former Bases Conversion and Development Authority president Arnel Casanova helped Robredo form a “good mix” of candidates for her slate.

In a tweet on Saturday, Trillanes chided the Makabayan bloc for pushing for the Colmenares’ inclusion in the senatorial ticket, even though it had not endorsed Robredo’s presidential bid.

“In fact, in 1Sambayan, they did not vote for VP, and were pushing for Isko,” he said, referring to another presidential hopeful, Manila Mayor Franciso “Isko Moreno” Domagoso.

The Makabayan coalition even tried to stop the 1Sambayan endorsement of Robredo, Trillanes said.

1Sambayan is the opposition coalition that is “unconditionally” supporting Robredo and Pangilinan.

In a statement, Makabayan said Trillanes’ claims were “not true.”

“At this point, we believe that the focus should be on forging the broadest unity among democratic forces and against Duterte and Marcos,” it said.

Colmenares, who is also a “guest candidate” on Domagoso’s senatorial slate, on Friday acknowledged that Robredo had the prerogative to choose who would be included in her senatorial slate of the opposition.

Robredo on Friday said she was hoping that whoever would be chosen as the 12th candidate “would best represent the marginalized sectors.”

“We have a number of nominees already but what we want is that this decision is not mine alone,” she said. “There are many who are saying that whatever my decision would be, that is what would be followed by everyone. But that is not the kind of leadership that we believe in. We want to give voice to as many people as we can.” —WITH REPORTS FROM LEILA B. SALAVERRIA, MELVIN GASCON AND MARIEJO S. RAMOS