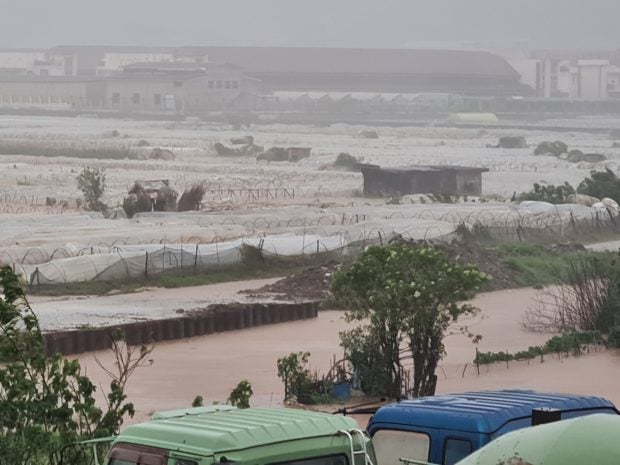 From this number, the NDRRMC said Maring displaced 1,413 families or 6,567 individuals, of which 728 families or 3,221 individuals were sent to  23 evacuation centers.

The NDRRMC also said that 1,106 passengers, 537 rolling cargoes, and two vessels remained stranded in Eastern Visayas and Caraga because of Maring.

In terms of agricultural damage, the Department of Agriculture (DA) said Maring has so far caused losses of some P29.40 million, affecting 1,128 farmers.

Specifically, the DA said that among the affected crops, 95.6 percent was corn with losses amounting to P28.1 million. Losses due to damage of other high-value crops were valued at P1.29 million, it added.

The NDRRMC further disclosed receiving reports that 11 individuals may have died while three others could have been injured following the onslaught of Maring in North Luzon.

It also said that seven people may have gone missing after Maring pummelled the area.

The NDRRMC included these details in its report on Tuesday but it also noted they are still for validation.

As of 4 p.m., Maring was spotted 505 kilometers (km) west of Calayan, Cagayan, already outside the Philippine Area of Responsibility.

But Batanes and Babuyan Islands would remain under Tropical Cyclone Wind Signal No. 2, according to the state weather service.

Read Next
Fire hits passenger bus in Maguindanao
EDITORS' PICK
Legarda emphasizes role of ICC/IPs in nation building this IP month
DOTr to defend proposal to increase passenger capacity in public transport
Only 4,393 new COVID cases logged due to low number of tests
USAID Opportunity 2.0 calls for applicants for grants for out-of-school youth engagement
Hong Kong to further tighten COVID-19 travel restrictions
Work-From-Home is here to stay and requires reliable logistics
MOST READ
Martires asks why he is being singled out over issues on releasing SALNs
AC Bonifacio’s dance cover of Lisa’s ‘Money’ leaves original choreographer ‘mind blown’
Isko to critics after remarks vs Robredo: I’m sorry, this isn’t about Mr. Congeniality
Bongbong says PH should modernize infrastructure to become Asia’s next logistics hub
Don't miss out on the latest news and information.