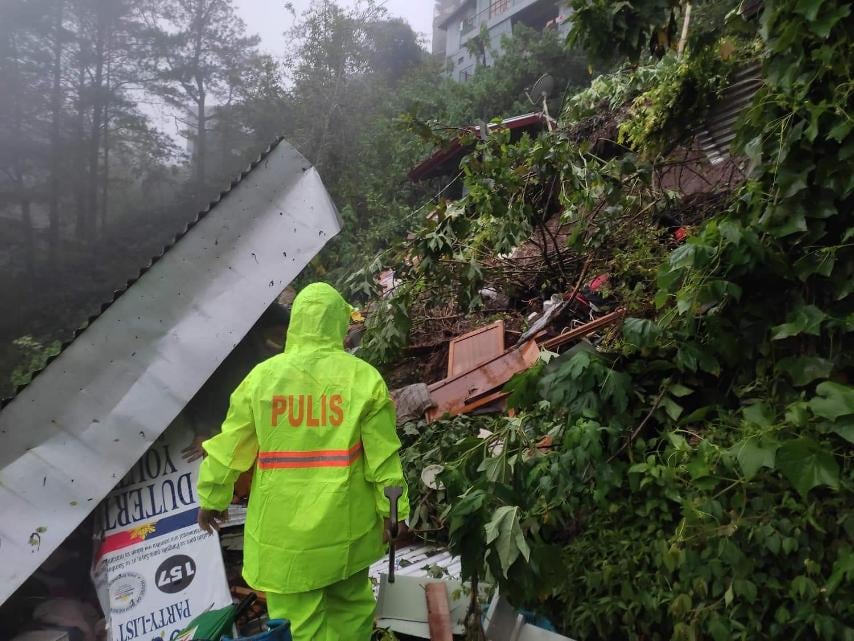 Authorities and some concerned citizens rescued a resident of Buguias, Benguet after a landslide triggered by Tropical Storm “Maring” covered the victim’s house on Monday. /PNP Buguias

Rescue personnel said the victims were siblings 2-, 6-, and 8-year-old residents of Barangay Ambiong.

In a radio interview, La Trinidad Mayor Romeo Salda said the children were taken to a hospital but were declared dead on arrival.

Torrential rains and strong winds whipped Monday through Benguet and other northern Luzon areas due to the storm.