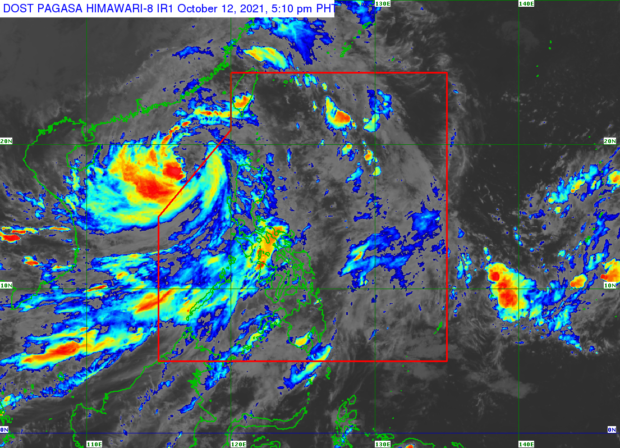 According to Philippine Atmospheric, Geophysical, and Astronomical Services Administration (Pagasa), damaging gale-force to storm-force winds could still be expected over areas under Signal No. 2 within the next 24 hours while most of northern and central Luzon, which was still under Signal No. 1, could anticipate strong winds within the next 36 hours.

Pagasa said Maring was last located 505 kilometers (km) west of Calayan, Cagayan, outside PAR, as of 4:00 p.m., advancing westward over the West Philippine Sea at 30 km per hour (kph) with maximum sustained winds of 100 kph and gustiness of up to 125 kph.

The state weather bureau then warned that in the next 24 hours, light to moderate with at times heavy rains may occur in the Ilocos Region, Cordillera Administrative Region, Cagayan Valley, and Central Luzon.

“Under these conditions, scattered to widespread flooding (including flash floods) and rain-induced landslides are highly likely,” it said in its latest bulletin.

On the other hand, Metro Manila, Mimaropa, and Calabarzon could expect rain in the next 24 hours as Maring continued to enhance the southwest monsoon, which is locally identified as habagat. 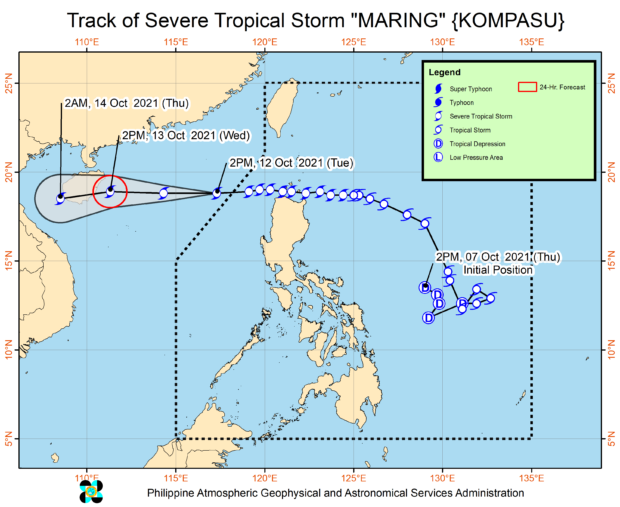 Based on Pagasa’s 5 p.m. tropical cyclone advisory, the following areas were placed under: 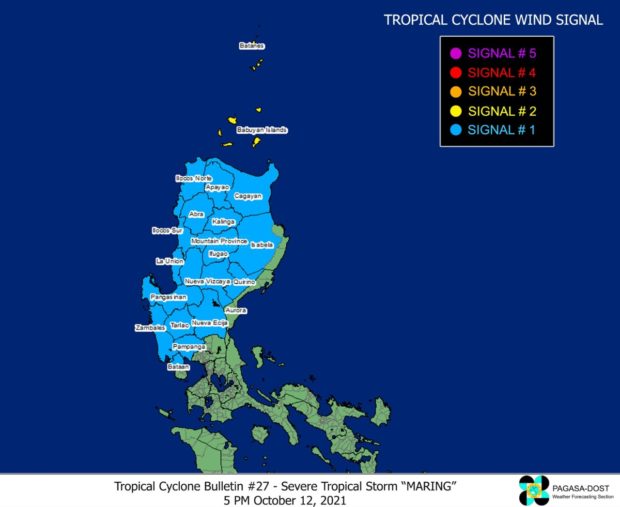 And although Maring has exited PAR, the state weather bureau said gale warnings would still be in effect over the seaboards of areas under Signal Nos. 2 and 1 because of the anticipated rough to very rough sea conditions with waves possibly rising around 2.8 to 755 meters in height in these areas.

“These conditions are risky for all types of sea vessels. Mariners are advised to remain in port or take shelter in port until winds and waves subside,” Pagasa said.