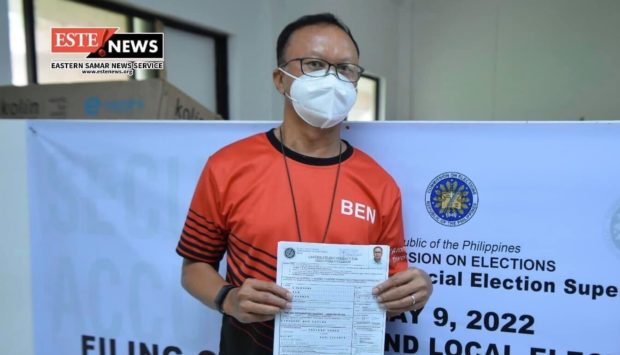 The two officials filed their respective certificates of candidacy at the Commission on Elections (Comelec) in Borongan City.

Both are running under PDP-Laban.

“With God’s grace, I will continue to focus on health services and other social services and development of far-flung areas,” Evardone said.

Evardone served as governor of the province from 2004 until 2010 and was elected lone congressional representative of Eastern Samar from 2010 until 2019.

Also filing his certificate of candidacy was Evardone’s youngest son, Ralph Vincent, who is running for councilor of their hometown of Sulat.

Representative Abunda, sister of popular television host Boy Abunda, is seeking reelection. Before being a congresswoman, Abunda served as mayor of the provincial capital of Borongan City for nine years which ended in 2019.