Robredo names 5 senatoriables under her slate 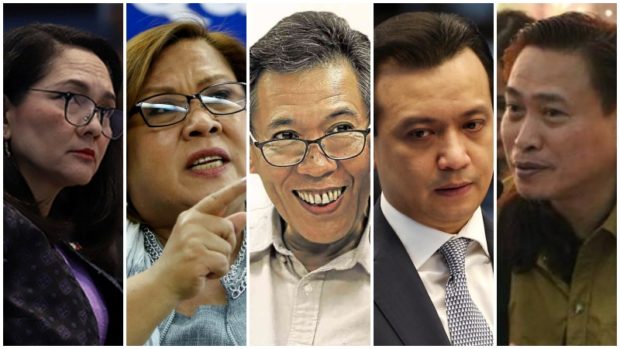 MANILA, Philippines — Vice President Leni Robredo on Friday said she was given “free rein” by opposition coalition 1Sambayan to choose the Senate candidates under her ticket as she named at least five of her senatorial bets.

In a press conference, Robredo said her senatorial slate will be formed by aspirants coming from different groups and political parties.

Robredo chairs the Liberal Party but will run for president as an independent candidate to show inclusivity.

(I’ve been talking to 1Sambayan, in fact, I’m meeting them again today. When I talked to them previously, they said they will nominate people. But they will be giving me free rein in choosing.)

“But we are keeping them abreast kung ano na yung mga [on the] discussions,” she added.

Pangilinan, Aquino out of Senate race

Baguilat will be filling the spot of Senator Francis Pangilinan, who is setting aside his senatorial bid after being picked by Robredo as her vice presidential running mate.

Former Senator Bam Aquino is also setting aside his bid for a Senate comeback to head Robredo’s presidential campaign.

(I am thankful because he really plans to run for the Senate but when I made my decision I told him I will not push through without him by my side. Because you know, I am a newbie in politics.)

(And I can’t do this campaign without him because he was with me in my campaign in 2016. Sen. Bam, he dropped his plan to go full time into the campaign.)

Robredo said she will disclose more names and present her complete senatorial ticket in the coming days.

“Yung iba meron nang mga nag-confirm na iba pero hindi pa kami nakakahingi ng authority para sabihin yung mga pangalan nila [Some have confirmed but for others, we have yet to get authority to announce their names],” she said.

“Pero ito ay maa-assure ko na iba’t iba yung pinaggalingan [But I can assure you that they are from different groups],” she added.