Isko’s promise: No EJK in anti-drug campaign if elected president 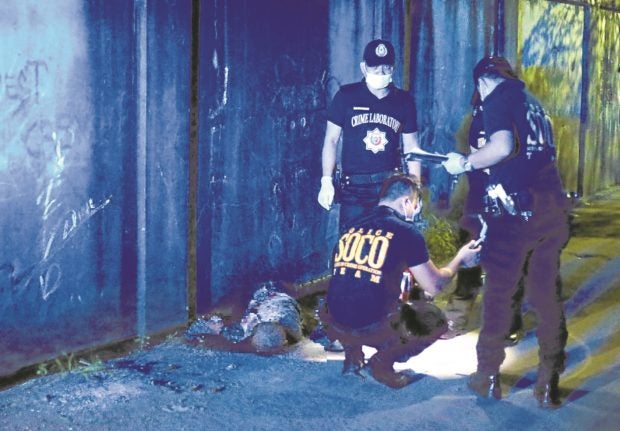 Isko Moreno: “There are no EJKs in Manila.”/INQUIRER FILE PHOTO

MANILA, Philippines — Manila Mayor Isko Moreno has assured the public that if he is elected president in the 2022 national elections, he will not resort to extrajudicial killings (EJKs) and will uphold human rights and the rule of law.

Moreno explained this on Thursday, stressing that there were no reports of police officers doing EJKs in Manila under his term and that suspects who were killed really threatened the lives of law enforcers.

To him, every individual has the right to be able to defend himself or herself before a court, no matter what the circumstances may be.

“There are no EJKs in Manila. Unless the suspects threatened the lives of our policemen, the suspects were properly apprehended and that their human rights were respected in the process of the entire drug operations,” he said.

“I believe that human rights are fundamental and that every person has the right to defend themselves before the courts,” Moreno added.

His comments followed a massive anti-drug operation in the city, in which authorities seized P5.6 million worth of crystal meth from seven drug suspects in two separate operations within a week.

According to the Manila Police District’s Drug Enforcement Unit, a lone suspect was arrested on Monday night for having 735 grams of shabu worth P4.9 million.

Another 100 grams of shabu worth P680,000 were seized from six suspects in Tondo on Tuesday.

None of the suspects died, and all of them were presented to Moreno on Tuesday.

“This is just one good news. Another good news, out of the 35 arrested, 35 are alive,” Moreno said.

“Eliminating drugs is a priority, but it has to be done in recognition still of every individual’s human rights,” he added.

In the fight against illegal drugs, the current administration has faced controversy due to the high number of drug suspects who died during legitimate operations and the several others who were killed in vigilante-style attacks.

President Rodrigo Duterte drew flak for the program, which even led to crimes against humanity complaints against him before the International Criminal Court (ICC).  Currently, the ICC Pre-Trial Chamber approved the request of former prosecutor Fatou Bensouda for judicial authority to proceed with a probe on the drug war.

However, Duterte maintained that the state did not have a hand in the extrajudicial killings, as rival drug gangs ordered killings against each other.