‘Son of God’ to run for Pampanga governor 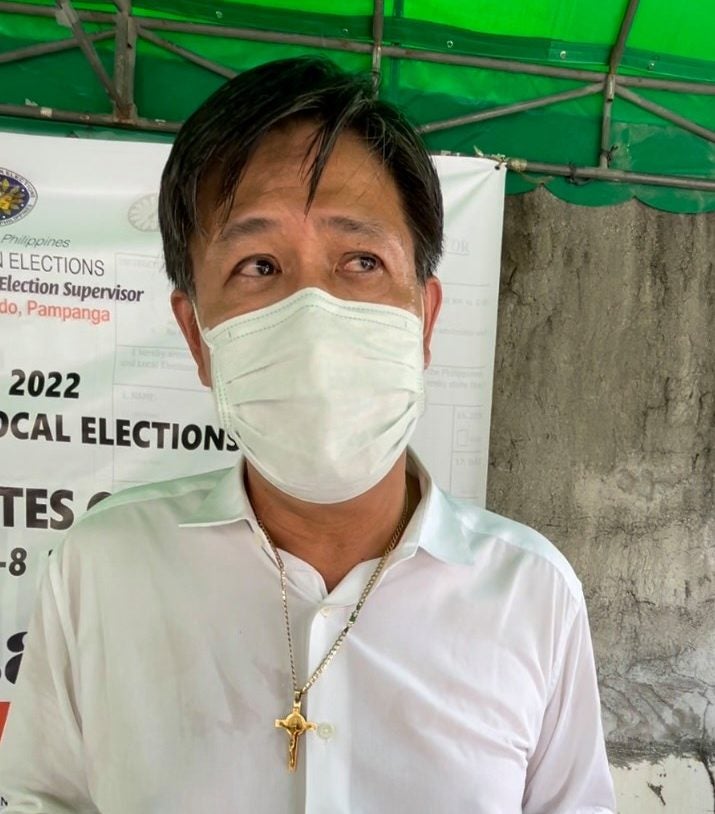 Danilo Baylon, a businessman who claims to be a “son of God” (anak ng Ama), has filed his certificate of candidacy for governor of Pampanga on Thursday (Oct. 7), challenging reelectionist Gov. Dennis Pineda. (Photo by Tonette Orejas)

CITY OF SAN FERNANDO— A businessman claiming to be a “son of God” (anak ng Ama) has filed his certificate of candidacy for governor on Thursday (Oct. 7), challenging reelectionist Gov. Dennis Pineda.
Danilo Baylon, a Catholic, said he is running because he received an order from God (atas ng Panginoon) to “help the people overcome poverty and hardships worsened by the COVID-19.”
His Certificate of Nomination and Acceptance showed him to be a candidate of the Liberal Party.
Baylon is touted to be one of the biggest consolidators of poultry products in the country. He lost in his reelection bid as mayor of Candaba. His wife Aniway has also filed her COC as mayor of that eastern Pampanga town.
Baylon said he joined the gubernatorial race because the programs and services of the Pineda administration were “lacking (kulang).”
In his tarpaulins, he said his administration will rule on “Diyos, Dignidad at Disiplina (God, Dignity and Discipline).”
ADVERTISEMENT
FEATURED STORIES
NEWSINFO
3 senators vying for Senate presidency – Cayetano
NEWSINFO
Losing Cebu town mayor asks Comelec to stop proclamation of winning opponent
NEWSINFO
Give Marcos a chance, but let’s not follow blindly – Cayetano