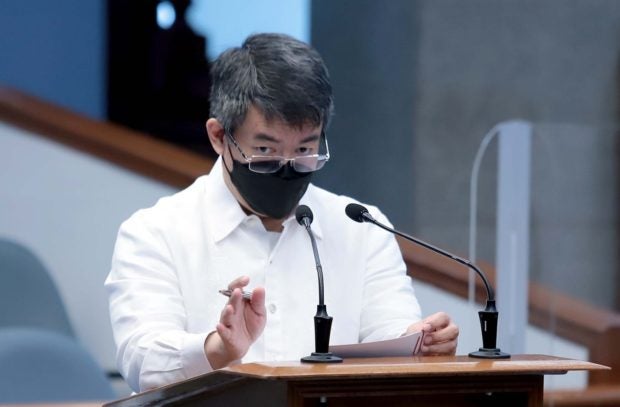 The PDP-Laban faction led by Cusi earlier filed the petition before the Comelec asking the poll body to declare as illegitimate the group led by Pimentel and Senator Manny Pacquiao.

According to Pimentel, their faction has already responded to the Cusi-led petition.

“Because in form and in substance, the Cusi petition is very lacking, very deficient…I am very confident about the case before the Comelec,” he added.

The PDP-Laban has been split into two factions—the Cusi wing and the Pimentel-Pacquiao faction—as they aim to support different candidates in the 2022 elections.

The Cusi wing’s vice president is Senator “Christopher” Bong Go, who was originally endorsed to be the faction’s standard bearer.

The other group, meanwhile, is backing the presidential bid of Senator Manny Pacquiao, who picked House Deputy Speaker Lito Atienza as his running mate.

Asked about possible unity talks between the two factions, Pimentel said: “I’m not interested anymore because I’ve learned my lesson.”

“So I only want to be associated with people I can trust,” he added.

The senator reiterated his appeal to those claiming to be the legitimate PDP-Laban to just form their own party.

“One of our appeals to those who are illegitimately claiming the name of PDP-Laban, why don’t you just form your own association or your own group and bring your own, invent your own name instead of hijacking an existing political party?” he said.

“But maybe dahil election na [because it’s already election season], that’s why it serves a certain purpose for them that’s why they’re doing this,” he added.