Over 1.4M Bulacan residents already got jabs vs COVID-19 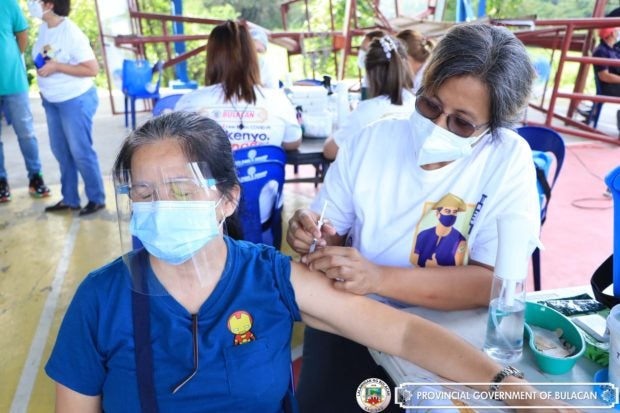 CITY OF MALOLOS — Officials said Saturday that more than 1.4 million residents in Bulacan are now vaccinated, bringing the province closer to getting at least half of its 2.8 million population targeted for herd immunity protected against COVID-19.

Celis told Inquirer that the national government promised an increase in the allocation of vaccines for the province.

Bulacan has more than 3.2 million population. About 70 percent or 2.8 million are targeted for herd immunity.

Celis said most of those who are vaccinated are the frontliners; workers, particularly in construction and manufacturing sector; persons with co-morbidity; senior citizens; and common residents.

Governor Daniel Fernando said these recent developments give residents hope and joy in time for Christmas.

Fernando urged the residents to continue being vigilant in observing the minimum health protocols.