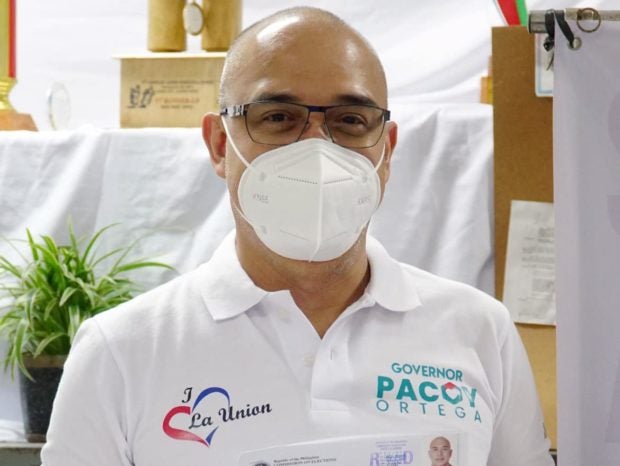 Francisco Emmanuel “Pacoy” Ortega III shows off his certificate of candidacy which he filed on Friday as he seeks reelection for a third term as governor of La Union province. (Photo courtesy of Gov. Ortega’s Facebook page.)

Ortega first became provincial governor in 2016 when he succeeded his father, three-term governor Manuel Ortega. He was reelected in 2019.

After filing his candidacy, Ortega said he is looking forward to “peaceful and honest [2022] elections so that the will of the people will be respected.”

Ortega’s daughter, Raphaela Ortega-David, also filed her candidacy on the same day to run as a board member in the first district of the province.

The incumbent governor said his daughter is ready to serve the province and she would become a “great help for La Union to achieve its development plans and objectives.”

The Ortega clan has maintained its stronghold in La Union after 14 of the 17 members of the family won some of the highest local positions in the province in 2019.