VP run in 2022 an option for Robredo, says Pangilinan 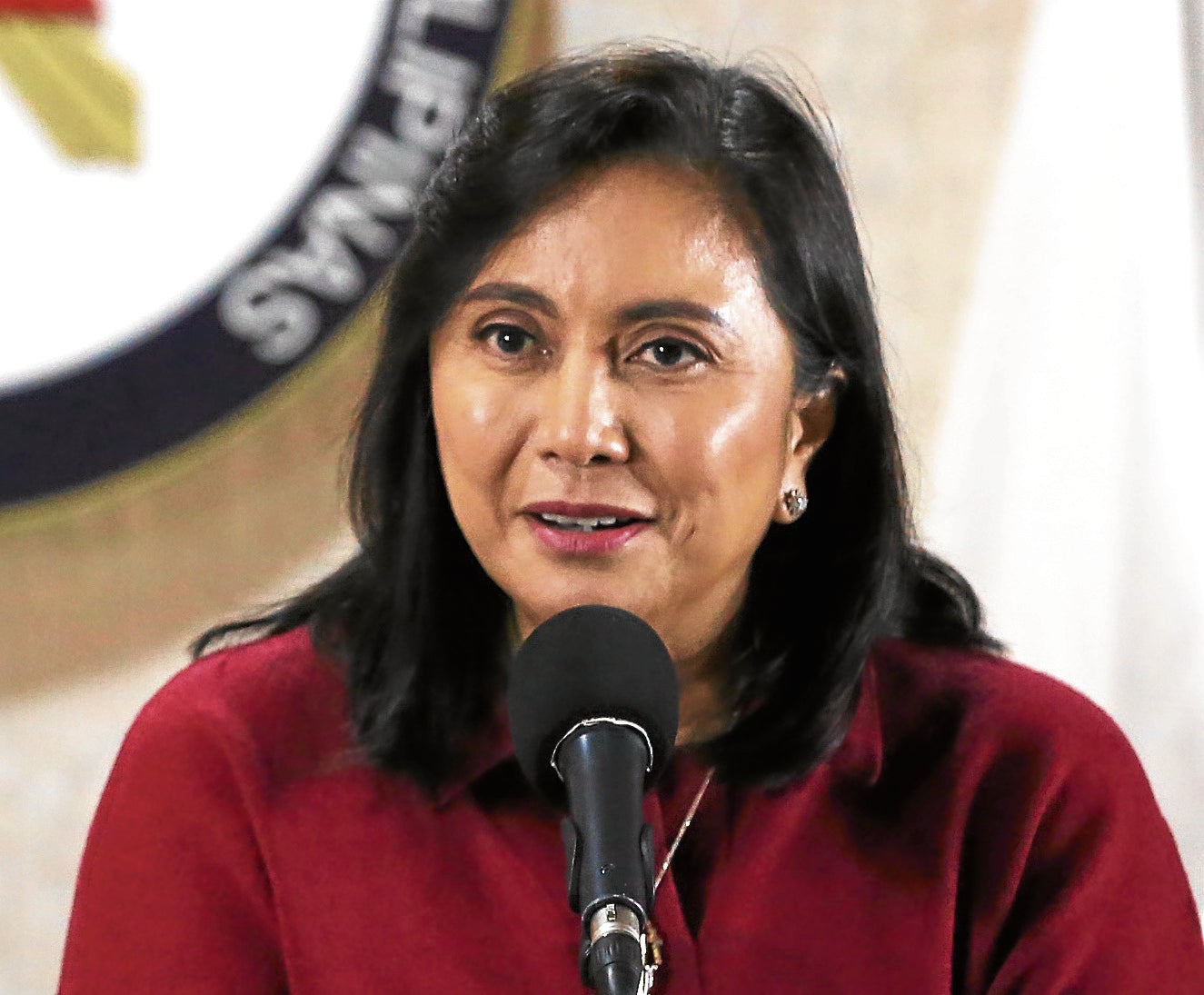 (FILE) Vice President Leni Robredo gestures during her report on the drug war during the media conference at the Office of the Vice President in Quezon City on Monday, January 6, 2020. INQUIRER PHOTO / NINO JESUS ORBETA

Speaking with reporters, Pangilinan confirmed that the option of a Robredo vice presidential run was discussed.

“I can only say napagusapan din ‘yan. But I cannot speak on her behalf…napagusapan kasi that’s part of unity talks. Hindi naman pwedeng sabay sabay tatakbo, kailangan merong maggi-give way so that’s part of the discussions and the unity talks,” the senator said in an online press conference.

(I can only say napagusapan din ‘yan. But I cannot speak on her behalf…That’s been discussed because that’s part of unity talks. It’s not ideal to have everyone run, someone has to give way so that’s part of the discussions and the unity talks.)

“If that is something that will unite everyone, why not? I mean she’s open to the discussion but like I said, I cannot speak on her behalf,” he added.

A few days before the filing of the certificates of candidacy for the 2022 elections, Robredo remains undecided on her possible run for the presidency, focusing instead on the building of an opposition coalition to defeat the administration’s nominee and prevent the return of a Marcos to Malacañang.

“She is in deep discernment, we will respect that. Hindi biro ang tumakbo bilang kandidato. It is her decision…even if it comes to the last day of filing, nandiyan kami,” Pangilinan said.

(She is in deep discernment, we will respect that. It’s not easy to be a candidate. It is her decision…even if it comes to the last day of filing, we will support her.)

Pangilinan, who recently met with Robredo and other Liberal Party officials, said the Vice President is still “weighing everything.”

“She also said he’s seeking the understanding and patience of her supporters. She is aware of the deadline, she is aware that decisions have to be made,” the senator said.

Robredo has also “not given up” on the forging of unity talks, according to Pangilinan.

“Tuloy-tuloy ang unity talks [Unity talks continue]. She has not given up on being able to unite other forces who believe that we should bring the country to a new direction in terms of addressing COVID and addressing the economic fall-out because of COVID,” he said.

Robredo has been talking with presidential aspirants in a bid to “forge the broadest possible unity among groups and individuals seeking change in 2022.”

Among them are Senator Panfilo Lacson, Senator Manny Pacquiao, and Manila Mayor Isko Moreno, who have declared their respective presidential bids in 2022.