Robredo commits to push for united opposition until 11th hour 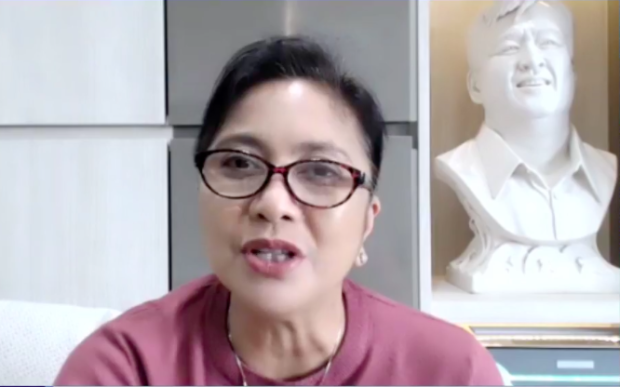 MANILA, Philippines — With less than two weeks before the filing of the certificates of candidacy for the 2022 elections, Vice President Leni Robredo says she is acutely aware of the choice she ultimately has to make, but once again, she commits to holding out until the 11th hour in a last-ditch attempt to forge the broadest coalition.

During Tuesday’s national executive council of the Liberal Party, which Robredo chairs, the vice president asked her supporters once again to “pray and trust harder” while she worked to unify the opposition and ensure victory over the Duterte administration’s bets.

“I want to emphasize that nothing else runs through my mind except this imperative,” she said in a speech. “I have always made it clear that I have no secrets. My days have been filled with deep discernment and repeatedly reaching out to the broadest line to achieve our goals.”

For Robredo, however, the next months mean hard work for the former ruling party if they want to “reverse the trajectory of governance in the country.”

“We need to stop the kind of brand of governance that is antidemocratic, antirights, corrupt and self-serving, that is the root of Filipinos’ suffering,” she said. “And I know you believe in these too no matter our political calculus.”

Even so, Robredo herself has yet to decide whether she would challenge President Duterte’s anointed successor.

In a separate interview, her spokesperson Barry Gutierrez assured her supporters that her decision would be based on the “results of her discussions with the different candidates who may still unify.”

“If the result of that discussion is for her to go ahead and run for president, then that would be the priority. But if in the end there is no forged coalition, that is going to be another decision,” he said.

He also clarified that her discernment right now is solely focused on whether she would run for the presidency and not for a local post.

But “until the filing has not yet happened, while she is still in talks with others … and she sees there is still a chance … she will do her best to forge the broadest coalition for 2022,” he said.