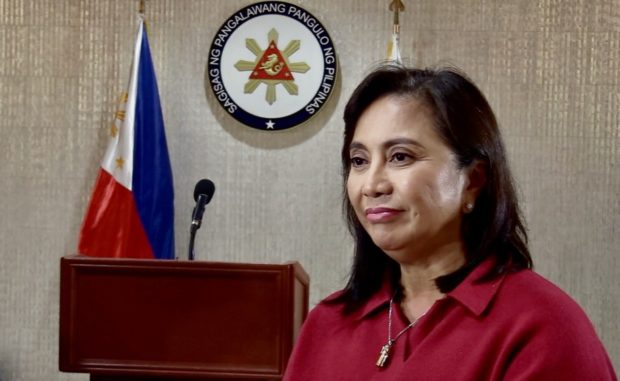 MANILA, Philippines —  As she struggles to decide whether to run for president in 2022, Vice President Leni Robredo assured the Liberal Party (LP) that she is aware that the “deadlines” she imposed are fast approaching.

During LP’s National Executive Council (NECO) meeting on Tuesday, Robredo said that she is aware that as LP chairperson, she should embody the goals of the party, which is to form a liberal society and change the current “anti-democratic, anti-rights, corrupt and self-serving” government.

(I know time is closing in. I am aware of deadlines. I am aware of my responsibilities as the Chairman of our party and, in a sense, as the leader of all those who are undertaking this endeavor with us.)

(Most importantly: I realize that being a liberal means, at the end of the day, doing what is right for the country. PNoy showed us that the resolve to always ask ourselves, “What is the right thing to do? What does our country need?)

Just a few days before the filing of the certificates of candidacy for the 2022 national polls, Robredo is still undecided on whether she should run for president, focusing on building an opposition coalition to defeat the administration’s nominee and prevent a Marcos return.

Despite admitting that she would be open to running for president, Robredo hinted in the past weeks that she would also be OK with skipping the race if it would benefit the opposition.

Her reluctance to make a decision was driven by her wish to unite the opposition, she told LP.

Nothing runs through her head now but the desire to change the government, Robredo added.

(Our most pressing task now is to reverse the trajectory of the country’s administration. An end to anti-democratic, anti-human rights, corrupt, and self-serving governance that is the cause of many Filipinos’ suffering and deaths.)

(I want you to know my mind is occupied by nothing but this imperative at the moment. I’m not hiding anything from you. Throughout our day today, there have been many and repeated efforts to reach as wide of a spectrum as possible to reach our goal.)

LP’s NECO meeting came a day after the party assembled its ranks, including members from the grassroots sector represented by over 200 delegates.

LP held an online general assembly on Monday, with over 220 delegates representing the various chapters in the country.  According to the party, resolutions on the party’s stand on the economy, human rights, justice system, pandemic response, and poverty alleviation were raised by the members.