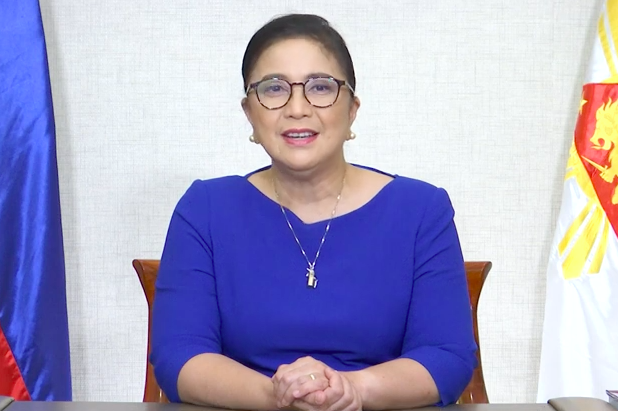 MANILA, Philippines — Vice President Leni Robredo got the Liberal Party’s nod in terms of negotiating with other sectors for a broad opposition coalition in the 2022 national elections, with the party granting her “full authority and discretion” in assembling a united national slate.

According to the Liberal Party (LP), a resolution was passed during the National Executive Council (NECO) on Tuesday supporting Robredo’s efforts to unite parties to create a singular force against the administration’s candidates.

However, LP clarified that the party would still support Robredo should she decide to pursue any elective position in the upcoming polls.

“The LP also expressed its support for Robredo’s ongoing efforts to create the broadest possible coalition to present an alternative brand of governance to the people,” LP said in a statement.

“A third resolution was passed granting Robredo full authority and discretion in initiating talks and coming up with agreements, as well as identifying and assembling a united national slate of candidates for President, Vice President and Senators, ‘while respecting her preference on the elective position she may decide to run for, if any, with the full support by the Party as a whole,’” it added.

Robredo has been rumored to be making a presidential bid in 2022, but she also opened the possibility of her running for a local post instead, or totally retiring from politics.

She has been adamant about trying to forge an agreement with the opposition forces, despite people whom she talked with previously — Senators Panfilo Lacson and Manny Pacquiao, and Manila Mayor Isko Moreno — openly declaring their bid for the 2022 presidential race.

In previous occasions, the Vice President said that she is not yet giving up, as there is still time to unite before October 8, or the last day for the filing of certificates of candidacy before the Commission on Elections.

READ: Heartbroken but not giving up: Robredo still pushing for united opposition for 2022 polls

In terms of other possible candidates, Moreno and Pacquiao expressed openness to a possible unification slate.

READ: Isko Moreno reaches out to other presidential bets for unity

LP acknowledged that Robredo is working to unite the opposition, citing her previous assertions that she would still try to talk to other sectors for a possible united coalition.

“Since June, Robredo has repeatedly emphasized the need to consolidate all opposition forces and present a united front,” LP said.

NECO’s meeting  came a day after the party assembled its ranks, including members from the grassroots sector, represented by over 200 delegates.

LP held an online general assembly on Monday, with over 220 delegates representing the various chapters in the country.  According to the party, resolutions on the party’s stand on the economy, human rights, justice system, pandemic response, and poverty alleviation were raised by the members.