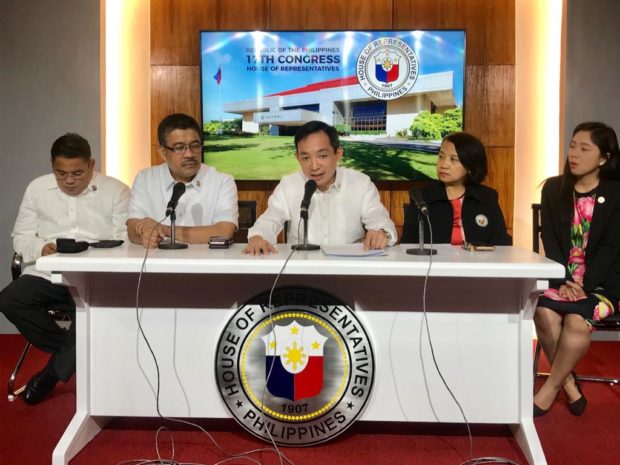 MANILA, Philippines — The progressive Makabayan bloc will feature a mixture of seasoned legislators and first-time congressional candidates for its official slate in the 2022 elections, which was revealed in a program on Wednesday.

These are ACT Rep. France Castro and Gabriela Rep. Arlene Brosas who are gunning for their third term, Bayan Muna Rep. Ferdinand Gaite who will try to get reelected for his second term, along with former lawmakers Antonio Tinio (ACT), Rafael Mariano (Anakpawis), and Teddy Casiño (Bayan Muna).

The rest of the party-lists’ nominees have not yet taken a seat at Congress:

Two incumbent lawmakers in Bayan Muna, Rep. Carlos Zarate and Kabataan Rep. Sarah Elago, are no longer eligible for reelection, with Zarate having his third and final term at the 18th Congress, and Elago being older than the minimum 30-year-old limit set for youth party-lists.

Another incumbent in Bayan Muna Rep. Eufemia Cullamat is stepping aside to concentrate on her advocacy for the indigenous people’s welfare.

During the announcement of the Makabayan bloc’s candidates, the coalition’s co-chairperson former Gabriela Rep. Liza Maza said that the bloc understands the hardships encountered by the common folk, amid the government and President Rodrigo Duterte’s mishandling of the COVID-19 pandemic response.

According to Maza, it is for this reason that the Makabayan bloc continues to pursue seats in the Congress — to implement a pro-people platform.

(Colleagues, fellow Filipinos: I understand the hardships you are facing right now because of the pandemic, which has been exacerbated by the faulty and problematic response from Malacañang — the virus inside the Malacañang — regarding the crisis brought by the pandemic.)

(In the middle of that, we would even hear reports of rampant corruption, where billions of pesos are involved while people are struggling due to poverty.)

The platform which caters to the issues faced by different sectors — like workers, health, agrarian reform, and women — would be the center of the Makabayan’s campaign for the 2022 polls.

(This afternoon we would also approve the platform of the Makabayan for this pandemic.  This platform, which we have been forming ever since Makabayan joined the 2001 party-list election, up to now, continues to be upheld by the party-lists and candidates under the Makabayan.)

(This platform, which is pro-people, pro-poor, pro-country, which addresses and upholds the rights of society’s oppressed sectors like the peasants, farmer looking for the true agrarian reform and the agricultural improvement, our workers who are looking for salary increases, and our women.)