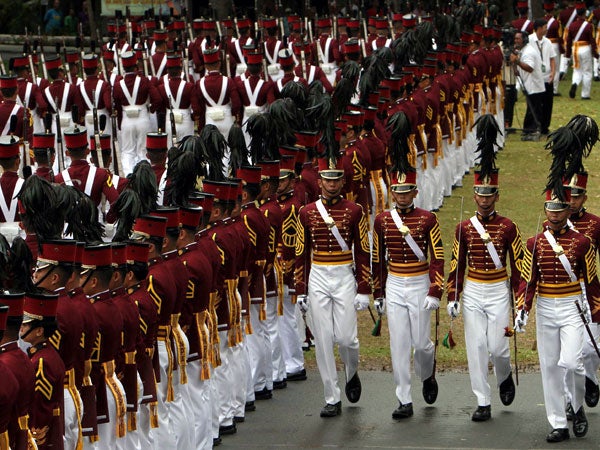 Armamento said fellow cadets gave Magsayo first aid and alerted their officers, who called an ambulance and rushed the cadet to the hospital.

Magsayo, however, was pronounced dead by the attending physician. He was also tested for COVID-19. He tested negative.

Eleazar said Maingat is now under the custody of the Silang Police. Police are also preparing criminal complaints against him which are expected to be filed on Monday.

The PNP also created Special Task Group-Magsayo to look deeper into the incident. The task force is led by PNPA Chief of Staff Col. Ernesto Tendero.

“We are assuring the public that the Philippine National Police Academy maintains its strict ‘No To Hazing Policy’ and that the highest values of respect for human life and rights are inculcated among our cadets,” Armamento said in a statement.

Eleazar stressed the need for all cadets to stick to the core values of the PNPA, saying the institution is training the future leaders of the PNP, the Bureau of Jail Management and Penology, and the Bureau of Fire Protection.

“We cannot claim to be products of an institution that puts a premium on integrity, service, and justice if we cannot practice them on ourselves,” Eleazar added in a statement.